It seems Best Buy just can't keep its stuff in the stockroom. Contrary to the earlier July 10th tip, we've gotten multiple confirmations that Best Buy stores have already started selling the Toshiba Thrive tablet - you can walk into your local store and pick one up right now.

We've personally confirmed that several stores have the Thrive (16 and 32GB versions only, unfortunately) in stock, but you should call ahead to your local store - just in case. Have the following SKUs handy when you call: 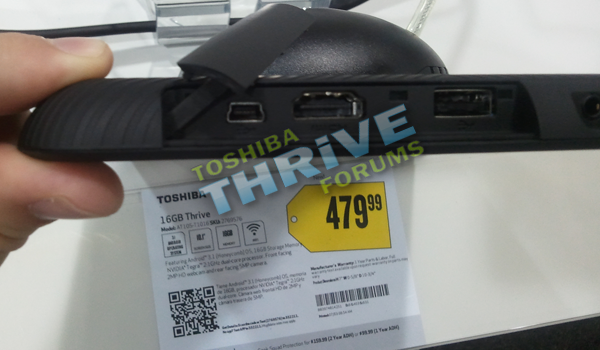 That means you'll be forking over $480 (at least) if you want a Thrive today. We're not sure when you can expect the 8GB in stores, if at all, as multiple Best Buy representatives have told us that the 8GB Thrive had been deleted from store inventories and is only available online.

The Thrive, which features full-sized USB and HDMI ports, sports the following specs: