If you've been looking for a live wallpaper that offers up a bit of functionality and nice physics, then Gravity Home may fit the bill perfectly. It's a live wallpaper / launcher hybrid, and unlike some of the competitors in the Market, it's actually useable.

The concept behind Gravity Home is simple: instead of having static icons on your homescreens, why not have icons that dynamically move around as your device moves? While this may sound slightly annoying, the icons actually "float" around the homescreen, so the movement is very slow and fluid, making it easy to tap the one that you want while it's still moving around. 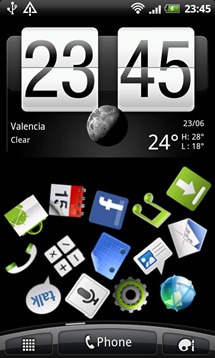 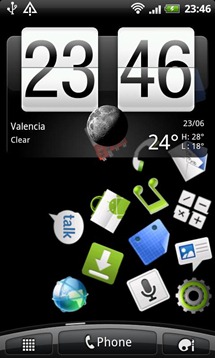 You can choose which apps you wish to display, as well as pin them down to one screen (center), or display them on all screens. The background is a solid black backdrop with no way of changing the image at this point, though the devs have stated that they're actively working on adding new features, so that may be something implemented in the future.

This wallpaper is free in the Android Market, and you can grab it by hitting the widget below. comScore: Android Accounts For Only 2.7% Of All Tablets In The US