The newest update is designed specifically for Tegra-based Honeycomb tablets, as it fully utilizes the Tegra 2's GPU and hardware acceleration to create a visually stimulating reading experience. Thanks to the handiwork of NVIDIA's engineers, code that offloads things like page turns, panning, and zooming from the CPU to the GPU has been integrated, creating a buttery-smooth reading experience.

Zinio offers thousands of different magazines from every major publisher in several different categories - including business and news, tech, science, international, and more. If you want to read it, there's a good chance that you'll find it on Zinio.

The update is available in the Android Market now, and you can grab it by hitting the widget below. 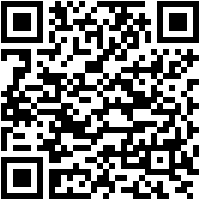 SAN FRANCISCO, June 24, 2011 – Zinio today announced that its newsstand for Android 3.0 and 3.1 tablet devices just got a whole lot faster.

Through close collaboration with NVIDIA, Zinio has brought advanced hardware acceleration capabilities to its Zinio for Android app, for all Android 3.0 and 3.1 tablets with the NVIDIA® Tegra™ 2 super chip. The hardware accelerated version of the Zinio for Android app is now available for free download on the Android Market, exclusively for Tegra-powered Android 3.0 and 3.1 tablets.

Consumers with Tegra-powered Android 3.0 and 3.1 tablets can enjoy substantial improvement in the performance of the standard Zinio app. Among these devices are high-resolution tablets like the Samsung Galaxy Tab 10.1, ASUS Eee Pad Transformer, Motorola Xoom, T-Mobile G-Slate by LG, LG Optimus Pad and Acer Iconia Tab A500.

“Zinio has an extensive collection of rich and interactive magazines,” said Neil Trevett, Vice President of Mobile Content at NVIDIA. “By optimizing performance for Tegra-based tablets, Zinio and NVIDIA are delivering an amazing reading experience.”

Currently, tens of thousands of magazines from every major publisher are available through Zinio on Android 3.x devices. Unique to Zinio, its UNITY™ platform allows readers to simultaneously store, read and engage with their personal newsstand across all of their devices and operating systems including Mac, PC, laptop, iOS, Android and soon webOS, Windows 7 and BlackBerry.

All Android users who download Zinio will automatically be given – for free – three of the latest issues of featured magazines ESPN, Harper’s Bazaar and Popular Science.