Hulu, one of the top TV and movie streaming sites on the web, has long been an elusive target for Android users. At first, we didn't have Flash. Once we got Flash, Hulu started blocking Flash-enabled Android devices. Many hacks followed, but required modifications to the Flash apk and resulted in less than optimal viewing experience in the browser. In January, we finally saw the light at the end of the tunnel, when the upcoming official application was finally revealed, though without any promises on delivery timelines.

For Hulu Plus subscribers, the battle is now over, as the company just dropped off a little overdue present in the Market. The Plus app lets those paying $7.99 a month access all the Hulu goodness on their Android devices, but the list of said devices is unfortunately severely limited at the moment, even more so than with the Netflix app. Here are the 6 currently supported devices:

Nope, there's no EVO, though Hulu is promising to expand device support throughout the year /sadface. 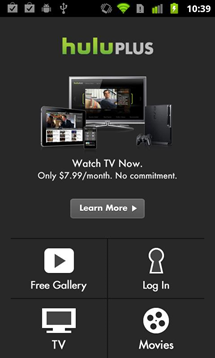 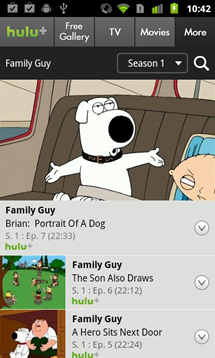 Hulu Plus for Android requires OS version 2.2+ and weighs only 3MB, which is refreshing in a world where 20+MB apps are becoming common. Another bit worth pointing out is that it works over WiFi and cellular data and isn't locked down to one or the other (*cough* Sprint TV *cough* T-Mobile Google Talk *cough*).

If you're a Hulu Plus subscriber, download away using the widget below, and if you're not, might you now consider joining the ranks? After all, the benefits are pretty significant: 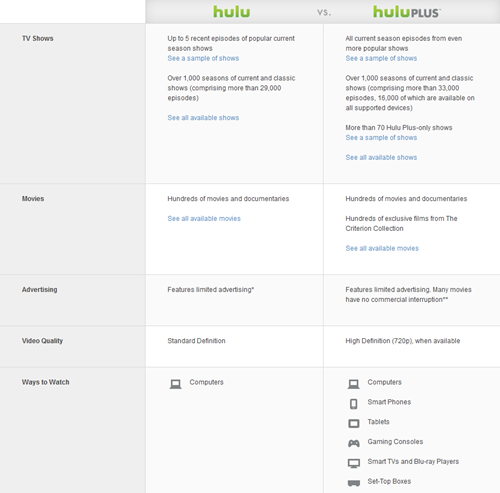 Motorola To Unlock Atrix 4G Bootloader With Gingerbread Update? Looks Like It.

N.O.V.A. 2 HD From Gameloft, One Of The Best Android FPS Games To Date With Multiplayer ...