If you've been thinking about jumping from your current carrier to Sprint, then you may want to take advantage of this deal: one of the most popular Android phones of all time, the HTC EVO 4G, is now free with a new two-year agreement from Wirefly and Amazon Wireless. This is by far the lowest price that we've ever seen the EVO go for, and even though it's over a year old, it still rivals many of the phones currently being released. 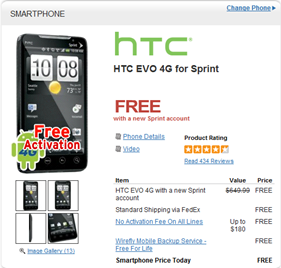 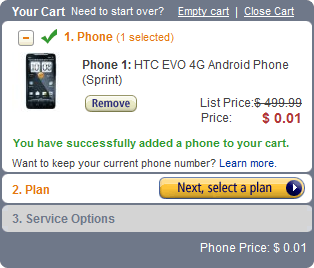 This phone needs no introduction, but if you haven't looked at it in a while, here is a quick refresher:

Hit the links below to buy!

Update: You can also score the same deal at Best Buy. [Thanks, Ashish!]

[Rumor] Verizon Implementing Tiered Data Plans On July 7th, And They're Not Pretty