In probably the least subtle unofficial announcement possible, the Cut The Rope developer team (via Twitter) sent us a message with this picture: 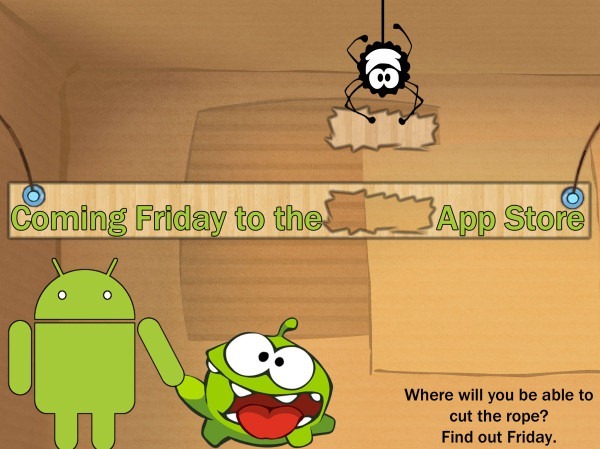 Now, whether there is supposed to be an "Amazon" there is unknown. If so, they might want to change the spelling - lest they give Apple some ammunition in its recent litigation. And if it is an Amazon Appstore release, that means it's likely non-US Android users won't be able to access it for a couple of weeks. Bummer.

Still, Cut The Rope has long been promised for Android, and it's good to see the developer team has been hard at work making that happen.

[Review] Naval Clash Blows The Original 'Battleship' Out Of The Water, Brings Smooth ...