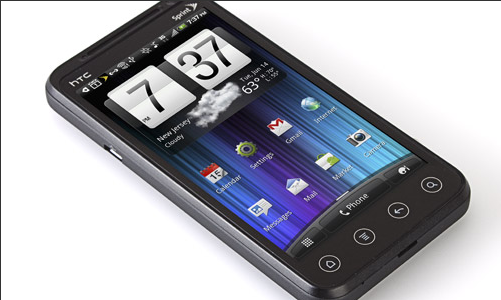 Although LaptopMag editor-in-chief Mark Spoonauer found the new EVO's 3D display somewhat gimmicky, he nonetheless had a blast with the device. In his experience, 2D image quality was excellent (as should be expected from a qHD screen), data speeds were "plenty fast," and the Mirror app was "great for checking your teeth." Unfortunately, the HTC Watch movie renting app felt half baked, and there was no HDMI port to speak of; if you want to hook this phone up to your TV, you'll have to buy an MHL adapter. Still, Mark's verdict was decidedly positive:

It's a bit of a stretch to call the EVO 3D a breakthrough, especially since there's not a lot of premium 3D content yet. The ecosystem will need to catch up to the hardware, just as in the TV world. However, the 3D camera is a fun conversation starter on this handset, and Sprint has improved upon its flagship phone in practically every other way. You get faster dual-core performance, a sharper screen, and impressive 4G speeds--all wrapped up in a sleeker, easier-to-grip design. Google purists will gravitate towards the Nexus S 4G, and some may want to wait to see how the upcoming dual-core powered Motorola Photon 4G stacks up to this device. But right now the EVO 3D has the best combination of hardware and software for Sprint customers.

This is my next 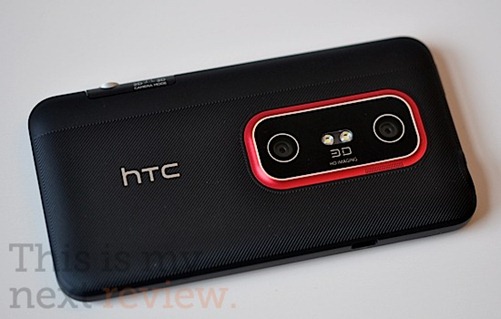 This is my next's Ross Miller was also a fan of the EVO 3D. He especially liked its solid build quality and snappy performance, though almost all of his gripes were related to the poor 3D imaging (in fact, he listed the fact that 3D is an optional feature as a "pro"). Specifically, he disliked the small viewing angles of 3D content - if you look at the screen from the side while it's in 3D mode, the on-screen image will become "a painful blur." The conclusion?

So let’s ignore 3D for a second. The EVO 3D is fast, sleek, up to date, and packs a pretty great qHD display. The 2D camera is pretty good (if not a little grainy) and shoots video in (update: our version only seems to shoot up to 720p in 2D mode; we’re investigating and will get back to you!). HTC has made a worthy successor to the EVO 4G.

Is this phone good because of 3D or in spite of it? Well, neither, actually. HTC was smart to make that part of the device not obtrusive in any way — you can whole your two-year contract with the phone in 2D, if you want. Still, when the 3D works, it’s impressive, and everyone I’ve shown it to feels the same way. Headache-inducing? Yes. Perfect? Not one bit. But there’s something quite compelling, just a few degrees above novelty of being able to snap a 3D photo of your friends and show them, right then, without any peripheral headwear.

Read the full This is my next review 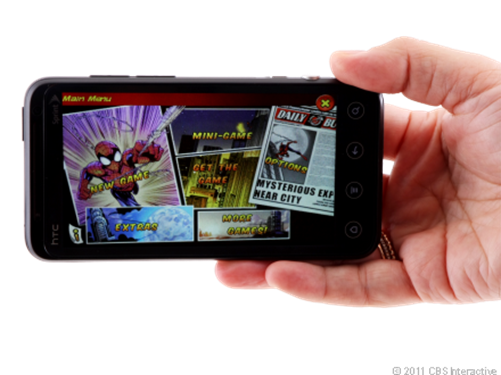 CNET's Bonnie Cha also enjoyed the EVO 3D, citing its zippy performance and Gingerbread-based OS as the biggest improvements over last year's EVO. She thought the 3D features (recording, picture-taking, and viewing) were a "fun addition," though like Ross, she noticed that the viewing angles weren't ideal, and the depth of field was also rather disappointing. Interestingly, she didn't see the battery life as cause for concern, unlike a few of the other reviewers on this list (*ahem* Engadget *ahem*).

The 3D features are a fun addition, but it's the HTC Evo 3D's zippy performance and improved battery life that make this Android smartphone one of Sprint's best. 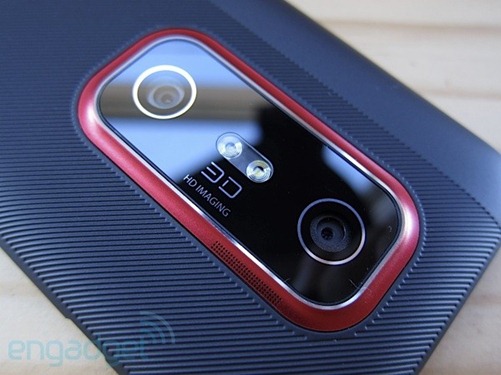 Renowned mobile camera freak Myriam Joire penned Engadget's EVO 3D review - and as should be expected, the "Camera" section is quite lengthy. Unfortunately, said length isn't exactly comprised of nothing but praise; it appears that the EVO 3D's two 5MP rear shooters fall short in more than one key aspect. For starters, while the sensors themselves are said to be "decent," the optics are a problem Myriam immediately picked up on. The glass/plastic (nobody seems to be sure what it's made of) panel covering the pair of cameras causes noticeable halos in well-lit shots, and 2D pictures in particular tended to be either over- or under-exposed. At least there's a good camera button. Camera aside, the phone wasn't anything out of the ordinary - Myriam disliked Sense 3.0, and while the 1.2GHz dual-core Snapdragon processor made for excellent general smartphone performance, the same could not be said of WiMAX, which couldn't hold a candle to Verizon's LTE network. Worst of all, battery life was - get this - worse than the original EVO 4G. Nonetheless, it wasn't all bad; in Myriam's words:

The EVO 3D is a well made handset that improves upon the EVO 4G in terms of raw horsepower -- as such, it lives up to its flagship status. That being said, it's also a step back in some areas (the lack of kickstand comes to mind). While the qHD screen provides a welcome boost in pixel density, the overall display performance still lags behind the competition. Sense 3.0 leaves us cold, and now that other carriers are rolling out HSPA+ and LTE networks, WiMAX no longer feels like the new kid on the block. Despite the EVO 3D's 1.2GHz dual-core processor, the camera strangely lacks 1080p support, and the EVO 4G arguably captures nicer stills thanks to better optics and firmware. But our biggest gripe with the EVO 3D is its terrible battery life, which is even worse than what we observed on the already lackluster EVO 4G. As for 3D, we're not convinced it's fully baked yet -- right now it feels like a gimmick, but we're willing to wait and see how it develops beyond the initial "gee wiz" phase. Ultimately, we've come to think of the EVO 3D as a Sensation with a lesser camera, cheaper materials, worse battery life, and without the ability to roam worldwide. But hey, it's got 3D and the best dedicated two-stage camera button that's ever graced a phone. That's gotta be worth something, right? 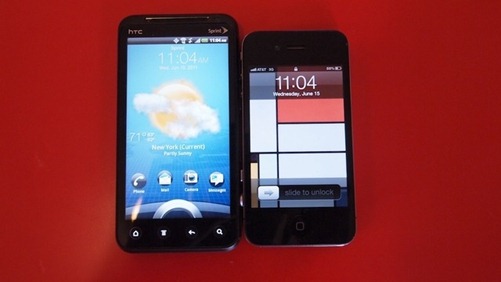 You certainly couldn't fault Gizmodo for not being frank enough - you know exactly what to expect from Sam Biddle's review from the moment you read the title ("HTC Evo 3D: Oh My God Make It Stop Hurting"). While the article certainly takes note of what the EVO 3D does well (as stated in previous reviews, general performance is very good), it is primarily concerned with its shortcomings - of which there are, apparently, quite a few. For instance, Sam's eyes were "bludgeoned" by the underwhelming 3D effects, and he found it extremely difficult to take a good-looking 3D picture. As you might have guessed, his buying advice is far from positive.

I love having a phone with a nice camera built-in because I can whip it out and digitally-remember. I don't want to have to spend minutes making sure the EVO 3D's dual lenses are creating an appreciable 3D effect. And I sure as hell don't want to then have my retinas bludgeoned by its horrid screen afterwards. (The 3D mode can be switched off via a hardware toggle, and HTC's Gingerbread interface skin doesn't have any 3D crap itself though.) It's a shame. The Evo 4G was fun for people who wanted a bazooka in their pockets. The 3D's only suitable for shooting yourself in the face.

Not since the advent of the Galaxy Tab have tech reviewers' opinions on an Android product been so varied. On the one hand, there's LaptopMag and CNET giving the EVO 3D awards and praising its excellent battery life. On the other, we have Gizmodo and Engadget lamenting the underwhelming battery and complaining about the headache-inducing 3D screen. Perhaps it really is a matter of opinion - a matter of what you value most in your handset, whether you get a properly made unit or a lemon... and how much you detest (or adore) 3D.

[Updated: Some Apps Will Be Cut] HTC: We're Bringing Gingerbread To The Desire (But Only ...