CrunchGear is reporting that the Italian site HDblog has received exclusive details on Samsung's least-publicized new tablet product: the Galaxy Tab Seven (aka, the Galaxy Tab 2). The Seven will be the successor to the wildly unpopular Galaxy Tab, which debuted last fall to almost universally poor reviews (though our own Aaron Gingrich thoroughly enjoyed it). The Galaxy Tab was the first major-manufacturer Android tablet, and it seems based on the new tablet's specifications, Samsung learned a lot from the Tab's less-than-successful run.

Unfortunately, it looks as though they failed to learn from the Tab's biggest failing - the OS. The Galaxy Tab ran Android 2.2 Froyo, a version of Android that is less than optimized for tablet computing. With the release of the Galaxy Tab 10.1 in New York City, and the upcoming Tab 8.9 - both of which run Honeycomb - we thought Samsung had finally changed its ways and learned to live on the cutting edge. We spoke a bit too soon.

The Galaxy Tab Seven will be running Android 2.3.4 Gingerbread. Yep. So... Why? Well, the 7-inch form-factor, Ice Cream Sandwich, and an anticipated Fall release date are likely to blame. While Honeycomb obviously works on a 7-inch display, the small size does make Honeycomb's rather busy interface a bit crowded. But I think we can all agree that's a pretty lame excuse. 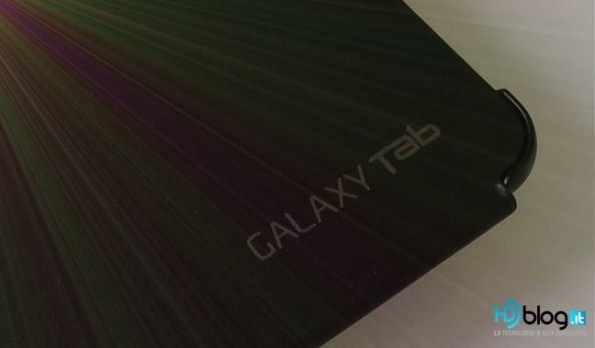 More likely, Samsung knows that Google is merging Honeycomb with Ice Cream Sandwich this Winter, and doesn't want to release a piece of kit that's going to be running outdated tablet software when Christmas rolls around. Instead, they've probably opted to customize the unholy crap out of Gingerbread with TouchWiz 4.0 enhancements from the Galaxy S II and the Tab's big brothers to create a unique user experience in the tablet market. Will an ICS update come? We hope so, but who knows when that'll be. Still, check out the specs, this little guy is packing:

The Exynos dual-core processor is the really exciting point here - since it'll probably out-perform the Tegra 2 processors in the Tab 10.1 and 8.9. And honestly, if Samsung can deliver an experience on the Tab as smooth as they have on the Galaxy S II, Gingerbread might not be so bad on the somewhat-big screen.

HTC Flyer Dock Shows Up At Best Buy, And It's Quite Sexy