Think of the hardest, most frustrating Android game you've played thus far. Is it Angry Birds, with its unparalleled addictiveness? Or how about Plants vs. Zombies, which has a seemingly infinite number of levels and is within spitting distance of Angry Birds' can't-put-it-down factor?

Or - dare I say it - perhaps none of the games you've downloaded from the Android Market have been difficult enough for you. Perhaps you're on the lookout for something a tad more complex - a tad more like this:

Indeed, if a vexing mobile game is what you want, you couldn't do much better than Orbital Defender. Due mostly to the fact that moving around is an automatic ordeal rather than a user-controlled affair, Addictive Zone has a seriously hard-to-play game on its hands - but, at less than $1 for the full version, also one that probably won't break the bank. 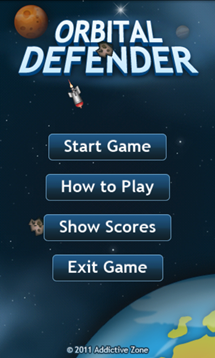 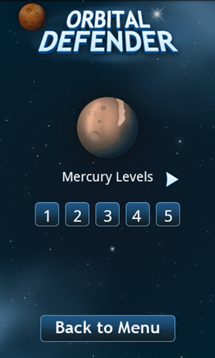 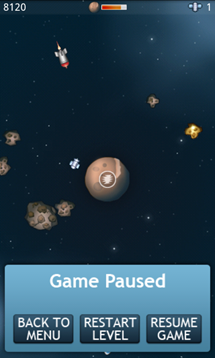 The plot is simple enough: it's 2012, and our solar system is under attack from a variety of otherworldly assailants, ranging from gargantuan spaceships to comets and meteors of all shapes and sizes. You're in charge of a comparatively tiny aircraft that routinely orbits planet Earth (which starts out as a misshapen brown sphere but, with the help of a few 'Repair' power-ups, evolves into the blue and green globe we know today). Your mission? To gather up the most powerful weapons possible and use them to stop the raiders dead in their tracks.

Thing is, there's a lot of those raiders, and there's only one of you. As you'll find out after playing the game for, oh, half a minute, that can be quite problematic. 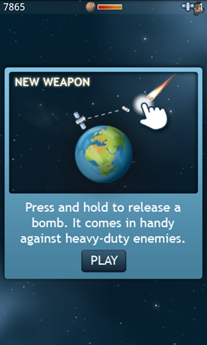 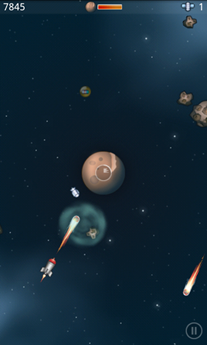 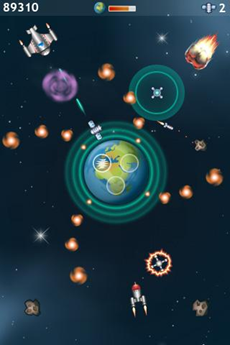 Your one hope lies in the power-ups you can collect with the aid of your bullets. Whether they're new types of missiles, powerful bombs capable of temporarily obliterating your foes, or repair pills/shields that protect your planet, power-ups are a core part of Orbital Defender's gameplay, and you'd be lost without them - as you well might be if you don't shoot them down while you can (they gradually fade into oblivion if not captured).

To make the game harder still, you can't control how slowly or rapidly you orbit the planet. You can't shoot through it, either; if you attempt to do so, you'll only damage it. Ergo, you must simply keep going 'round and 'round, hopefully managing to kill some enemies along the way.

Again, all this makes for a very difficult game - one so difficult, in fact, that it almost takes away from the app's appeal. Nonetheless, I found it equally difficult to put Orbital Defender down, and its challenging (if occasionally frustrating) nature also means that it'll entertain you for quite some time.

At a very reasonable $0.99 ($0 for the five-level lite version), I wouldn't hesitate to recommend Orbital Defender - just know what you're getting into; otherwise, you might find yourself being regularly and uncharacteristically late for dinner with no one but your phone to blame. 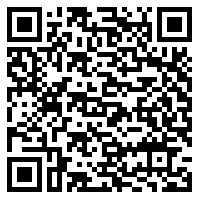 LG Revolution Gets ClockworkMod Recovery, But It's Not Ready - Yet