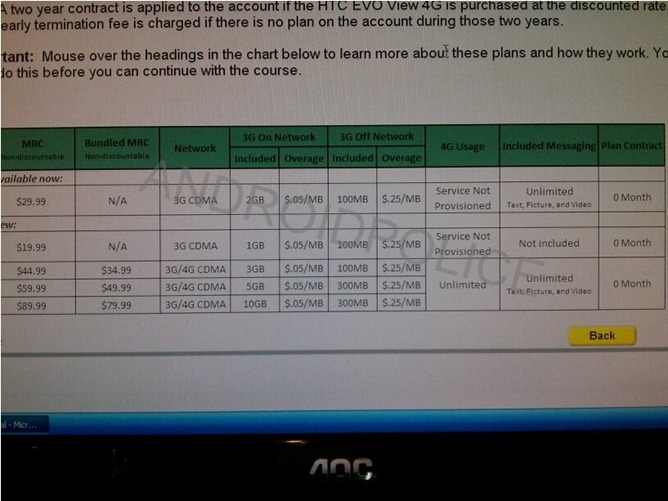 If you notice, there are two sets of prices there - MRC and Bundled MRC. The latter is a special price point for existing Sprint customers with qualifying unlimited smartphone plans.

There's no word when these plans will go into effect, but I would guess that it will happen around the same time that the View 4G launches - on June 24th.