If you were lucky enough to attend Google I/O this year, then there's no doubt that you've been loving your limited edition Samsung Galaxy Tab 10.1 (check out our review). You're about to love it even more, because the Android 3.1 update just went live. 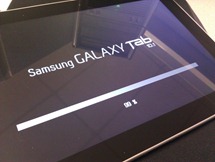 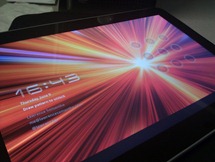 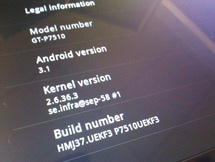 This update brings a gaggle of nice features, including widget resizing, USB host support, and improved multitasking, just to name a few.

Update #1: In addition to the standard 3.1 stuff, Samsung provides the following list (and warns to disable any device locks prior to the update specifically for the I/O Tab):

You can pull the update manually right now from the About tablet > Software update menu (you have to choose United Kingdom when asked for region). Once that is done, you will be prompted to create a Samsung account (note: this is required in order to pull the update). Past that, it should tell you that a firmware update is available. Let it do it's thing for about 15 minutes, reboot, and you should be rocking 3.1.

It's worth noting that if you've rooted your device and installed ClockworkMod recovery, that you may want to hold off on performing this update right now, as we're not sure what effect it will have on root.

Update #2: According to _mrbirdman_, both the bootloader and root are safe (i.e. root is preserved and is achievable if you haven't rooted yet, and fastboot oem unlock still works):

Update #3: If anybody is having problems applying the update (failed update after 13%, 29%, etc, with an error message referring you to Kies), it's likely happening for one of three reasons:

gbhil at Android Central forums is spot on with solutions for all 3 issues. His tips worked like a charm - in my case, I had Pulse.apk named com.alphonso.pulse.apk in /system/app for some reason. After I renamed it in Root Explorer, the update went through just fine!

[Images from One Upon A Life]