This is quite the deal if you've been thinking about getting an Xperia PLAY: with a new two-year agreement, you can get the one-and-only Playstation phone for less than one dollar at both Amazon and Wirefly - $0.01 and $0.99 respectively, to be exact. If you're already on VZW, you can still score this device for $50 with a two-year agreement renewal. 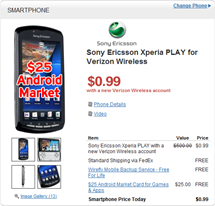 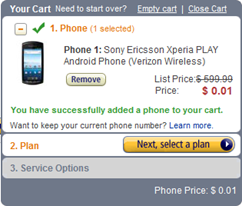 Even though both retailers are offering similar deals, if you decide to buy from Wirefly, you'll get a $25 Android Market Card good towards to purchase of new apps and games, which makes this an overall better deal (if you like free stuff, that is).

Here's a quick look at the specs:

There you go - if you're ready to pick up a new phone and save some money, head over to Amazon Wireless or Wirefly and hook it up.

Transformer Owners: Use These Handy Widgets To See The Battery Level Of Your Dock