If you're the proud owner of the recently released Xperia PLAY, then you'll probably welcome what Sony Ericsson announced today via its product blog: the Xperia PLAY Experience Pack. Sounds pretty intense, right? The contents: a multimedia dock, pocket USB cable, "music cable to connect the dock to your audio system," and three free games from Gameloft. Ah, that last part got your attention, yes?

Before I drop the list of games that you can choose from, lets talk about the multimedia dock for a second. First off - I think that every Android phone in existence should have its own multimedia dock, and even though I don't have an Xperia PLAY, this makes me happy for those who do. 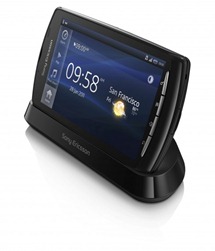 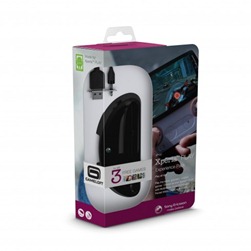 The dock offers the typical functions: it turns your phone into an alarm clock and keeps the device charged and ready to go. It also has and audio out port on the back so you can hook it up to external speakers.

Also included in the bundle is your choice of three Gameloft games to download. Here are the choices:

The games are available via an included QR code or through a voucher included with the pack.

Unfortunately, Sony Ericsson didn't include any pricing or availability information at this time. NVIDIA: "Tegra Has No Compatibility Issues With LTE At All"