Roughly two months ago, Halfbrick - the company behind the infuriatingly addictive Fruit Ninja - released its latest and seemingly greatest Android game: Age of Zombies. The otherwise praiseworthy game had one major flaw, however - it was only available for Sony Ericsson's Xperia PLAY, which at the time wasn't widely available. This resulted in understandable disappointment and displeasure in the Android gaming community - our own Artem Russakovskii used the weekly app roundup to publicly express his desire to play (no pun intended) the game. 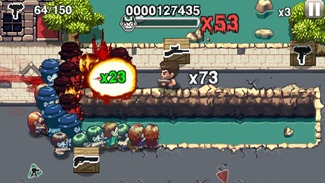 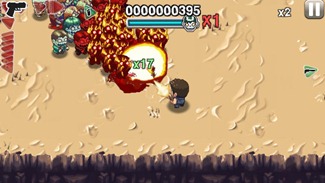 Today, however, the wait is over for non-PLAYers, as Halfbrick Studios just pushed an update to the game that makes it available to all multitouch-capable devices running Android 1.6 or above. Additionally, Halfbrick has added a few new items, namely 2 weapons, 3 maps, and 3 achievements.

Age of Zombies costs $3.20, which is a steal considering its impressive five-star rating. Should you wish to purchase the game, use the widget below; if you're still not convinced, check out the gameplay video. 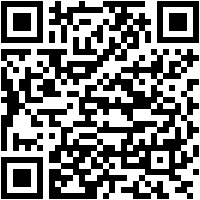