Available for a variety of devices, PowerSkins are, in a sentence, silicone cases with built-in batteries from which your phone can sip juice once its internal supply has run dry. With the help of the kind folks on XPAL's PR team, I hooked my EVO 4G up with one and am now ready to report on the aftermath. Read on for the full review - and the terms of our 10-case giveaway!

The giveaway is now officially over, and the winners have been selected. Scroll toward the bottom of the post to see if you're one of them!

As stated previously, the basic premise of the PowerSkin is to combine an extra (1500mAh) battery with a (somewhat) durable smartphone case. Juice is transmitted to your handset through the little microUSB connecter at the bottom of the case. The PowerSkin in turn receives power through a microUSB port on its side, so you can reenergize it with your existing phone charger - no need for yet another proprietary wire. While the case is charging, four LED lights (each representing 25% of the total juice) will light up to show you the approximate charge status of your PowerSkin.

XPAL also claims the PowerSkin can shield your handset from the dangers of the everyday world, though I'm somewhat skeptical about the veracity of that assertion - see the "Minuses" section. Additionally, the case is made of 100% recycled materials, which is always refreshing to see. 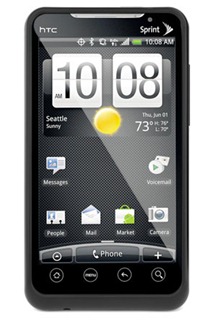 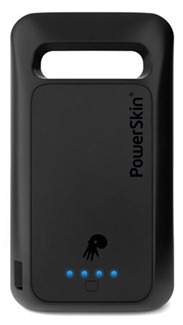 Having used the PowerSkin for a few weeks now, I can confirm that it works as advertised, though there are a few kinks XPAL should work out. Here's what I like about the PowerSkin, followed by a list of its shortcomings:

All in all, the PowerSkin is a useful tool to have around, though in most scenarios, I'll only use it when I need the extra juice - the added bulk ensures that I won't be keeping it on my EVO permanently.

Overall, these are pretty reasonable asking prices - a high-end case and an extra battery would likely cost the same amount when bought together.

Ah yes, the review isn't all, dear reader; XPAL has been kind enough to send ten of you free PowerSkins. Better yet, they've agreed to let us choose winners first and decide on phone models later - in other words, the type of case you receive will depend on the device you own.

Entering the contest is really simple – just make sure you complete both steps 1 and 2.

There are 2 ways to play; complete either one of them to be eligible or both to double your chances of winning.

Reading: PowerSkin review by @AndroidPolice – http://bit.ly/pskinapga – RT for a chance to win one. #Android #battery #cases

Fill out this form so that we know whom to contact if you're a winner.

Again, both steps 1 and 2 are required to enter.

[New App] WhisperCore Prevents Smudge Attacks On Android Phones - With The Sacrifice Of ...