Apparatus will remind players of Playstation game Little Big Planet. The objective: get the silver ball into the blue bucket. You're given a number of pieces to play around with, like boards to fasten to each other or weights to create catapults. Pieces can be placed on one of three layers, allowing fasteners to work their magic.

Fastening pieces comes in one of two varieties: nails are "hard" connectors, giving a rigid connection. Screws, however, allow pieces to rotate independently of what they're connected to. Combining screws, circular plates and the game's engine capabilities, you can make pistons, engines and whatever else your mind comes up with. It's akin to playing with an advanced set of LEGO or K'NEX; you can start with simplicity, but as you understand more complicated concepts, you can dive as deep as you'd like to.

The game uses a rudimentary engine system that wires a power source to a rotating axel. Up until yesterday, however, you'd only be able to turn it on or off. With the newest update, you can add a control panel, which allows for a control over when an engine fires, and how intense the rotation is. This is best illustrated by a created monster truck, which has an implementable brake system.

As more concepts are added, the combinations of how you can use them only increases. Again, you're only limited by your creativity in what you create. Check out the video at the bottom of this article for the developer's "grasshopper" apparatus for a good example of what I'm talking about.

One thing I'd like to say is that this game is beautiful. Seeing a well-implemented physics engine at work really blew my mind, as well.  The fact that the frame rate holds constant on my phone while numerous objects are moving and reacting is great. You can zoom right out to see the whole game board, giving you an idea of how much space you have to work with.

Apparatus offers a series of levels that both serve as a challenge and tutorial system; you're walked through basic concepts of the game, and as the levels progress, they get more difficult. They're pretty fun, but the main attraction of this game is Sandbox Mode, which gives you a tinge more freedom.

Sandbox Mode is exactly what it sounds like: you've got free reign with the game's system to both construct levels and share them with the other users of the game. You can create "free" levels or maps similar to the challenge system that comes with Apparatus, allowing players to try to get a blue ball into a blue bucket. When designing challenges, only the pieces you leave "free" on the map can be manipulated by users who download the scenario; you have to be considerate without being too accommodating.

The beauty of this game is that with enough pieces, there is no "right" answer. I've managed to complete some maps with only a few of the available pieces and a bit of luck.

This is where the Little Big Planet comparison really comes through: once you register an account with Apparatus, you can upload and download creations and play them straight on your phone. This system works much better than I expected, and is relatively painless - just make sure you're on a WiFi network to assure stability while downloading.

While playing, all I could think is that this is what Android needs - something that just plain works. While (from what I can tell) the game comes from a one-man developer, it has more polish than some company-funded titles, and deserves that recognition. If your phone can handle this game (check out the Lite version to test), it's well worth buying.

At the moment, the game is on a 50% off sale due to a "public beta." If this is indeed just a public beta, we can be assured that things will only get better from here. 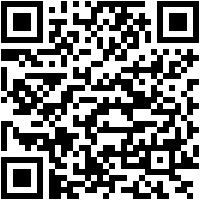 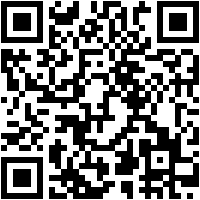 Thrutu App Gets A Massive Update, Adds Tons Of Features To Your Phone Calls