EVO 4G owners, it looks like you won't have to wait long for your Android 2.3 fix, at least according to what looks like a shot of an internal Sprint memo that we were just tipped off to by Mr @5c13nc3 on Twitter (tweet since deleted).

Update: According to the full text of this memo, sent by another anonymous tipster to AndroidCentral, the part that we are missing next to "manually update" actually reads "June 3rd." To force the check, just hit up Settings > System Updates > HTC Software Update, but wait till Friday to do so!

Update 2: Sprint just released the official word that the update will indeed start rolling out on Monday, June 6th, with a manual update available on June 3rd.

The snap looks pretty legitimate, so come June 6th, which happens to be almost exactly a year since the original release date, you should be able to expect the following:

Welcome to the club (almost), EVO owners, that is unless you've been running a Gingerbread ROM (e.g. CyanogenMod 7) like all the cool people do. 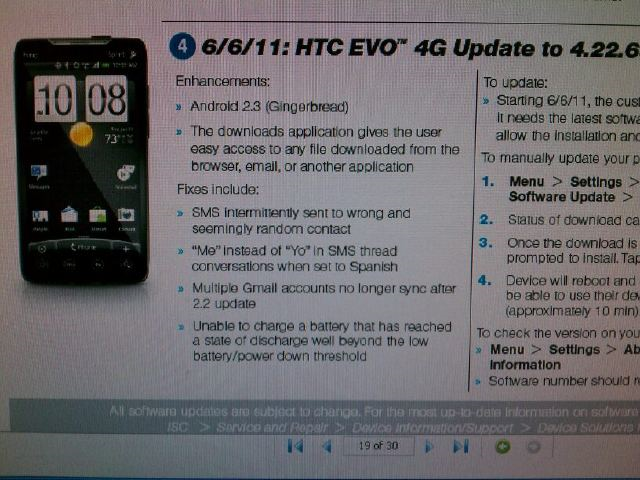