Apparently Motorola is in the middle of a site redesign. Exciting, right? Pff... no. But the contents that were discovered because of said site redesign... now that's pretty exciting. PocketNow has acquired some images of the new site that display some upcoming Moto devices, including the XOOM 2, a couple of new handsets, and, curiously enough, a watch.

Let's start off with the new phones: the Slimline and the Zaha (shown above, respectively). First off, we have absolutely zero information on this pair, aside from the fact that they look super clean and thin. It's probably pretty likely that these are just codenames as well, so I wouldn't expect to walk in to your provider looking for them by these names in the foreseeable future. 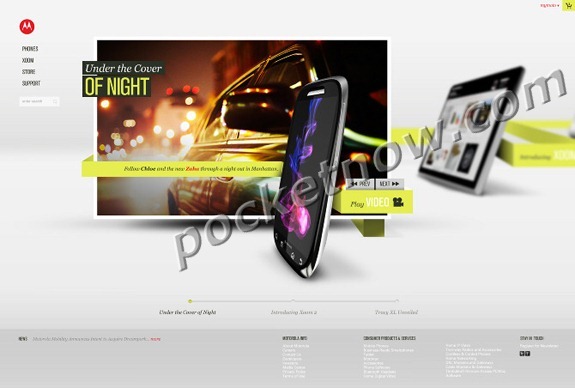 See that thing in the background - the one off to the right? That appears to be the XOOM 2. It's kinda blurry, but you get the idea. 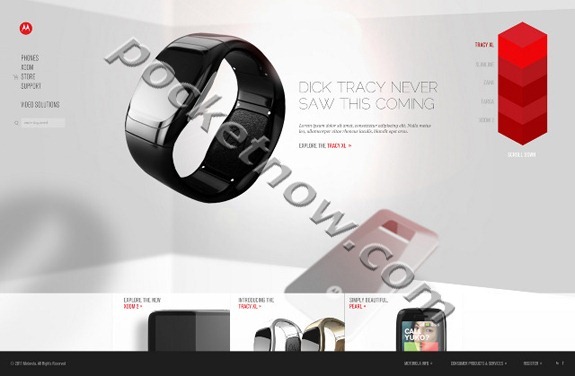 This one is the most curious to me - the watch. It looks like it's called the Tracy XL, along with the tagline "Dick Tracy Never Saw This Coming" along side. Honestly, I'm not even going to try to speculate on what Moto has planned here - but it could be potentially awesome.

US Cellular Gets Two New Android Phones: The HTC Merge And LG Genesis

HTC Sensation 4G On T-Mobile: Coming June 15 For All, As Early As June 12 At Select Walmart Stores