If you've been looking for a 7 inch tablet without the bells and whistles of the HTC Flyer or the newly announced ASUS Eee Pad MeMO 3D, then it looks like ViewSonic may have your number, as it has just announced its newest Honeycomb tablet: the 7-inch ViewPad 7x. 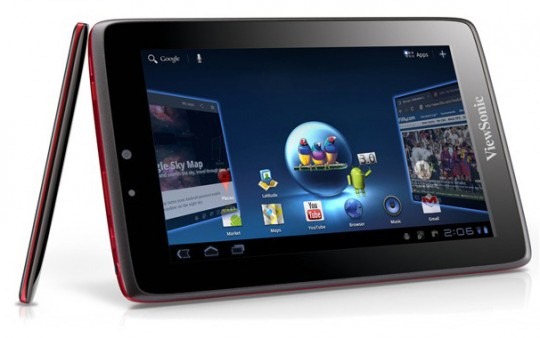 The ViewPad 7x is pretty cut-and-dry as far as Android tablets are concerned - just in a smaller package. It's packing a 1GHz Tegra 2 processor under its hood, along with a 7 inch, 1024x600 display, HDMI out, microUSB, and support for HSPA+.

If the 7x isn't your thing, however, ViewSonic has also announced a second tablet - the 10 inch, Intel Oak Trail sporting 10Pro. As you may have guessed from the above image, this badboy runs Windows 7 and Android. Unfortunately, you won't be getting any Honeycomb action on this tablet - it's running Android 2.2. The reason for this is because Android is completely virtualized within the Windows environment using a technology called BlueStacks. This will allow you to seamlessly switch between Android and Windows, albeit with a few minor annoyances, like the lack of Android Market support. There's always the Amazon Appstore, though, so you won't be left completely in the dark.

Neither pricing nor availability has been announced for either tablet as of yet.

[Update: Transformer May 31st] ASUS Eee Pad Transformer And Acer Iconia A500 Both To Receive ...