We first got a peep at the ASUS Eee Pad MeMO at CES earlier this year, but now it has become official... with a bit of a twist. Outwardly, it looks basically the same - until you throw it into landscape mode, that is. This activates a glasses-free 3D view for multimedia, movies, etc. Turn it back to portrait, and you've got a full-on productivity machine. 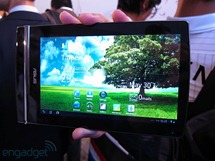 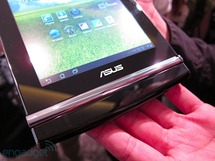 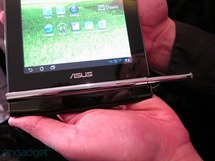 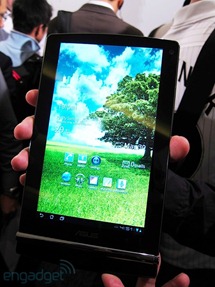 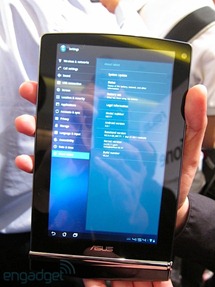 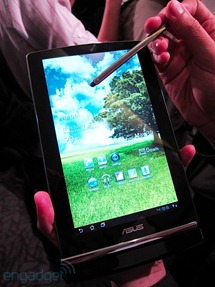 The 7 inch MeMO 3D not only includes a 1280x800 3D IPS capacitive touchscreen, but it's accompanied by a stylus (much like the HTC Flyer), for natural text input. Unlike the Flyer, however, the Eee Pad MeMO 3D will be running Honeycomb at launch, so early adopters won't have to wait for an update to bump 'em up to a tablet OS. It will also come sporting dual cameras: 1.3MP in the front and 5MP in the back. 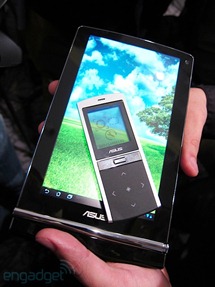 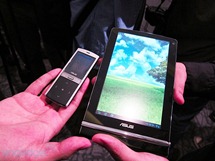 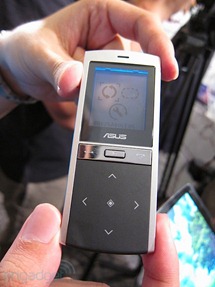 Also included with the MeMO 3D is a bluetooth handset called the MeMIC (pronounced me-mike, according to Engadget) which essentially works as a remote control for the tablet. The MeMIC will allow you to control certain multimedia aspects of the MeMO, as well as function as a headset of sorts, so you can use the tablet to make calls without... you know, having to hold a tablet to your face.

Unfortunately, no pricing or estimated launch date has been announced as of yet.

Notion Ink's Adam Tablet to Get A Number of Updates (Including Honeycomb By June 27th), Another ...

[Update: Transformer May 31st] ASUS Eee Pad Transformer And Acer Iconia A500 Both To Receive ...