As the Kal-El chip progresses towards completion in the 2nd half of 2011, NVIDIA put together a 4-minute video demo featuring a Kal-El powered tablet running Honeycomb and a little game optimized to use 4 cores, called Glowball. The live 4-CPU tracker on the bottom left side of the screen shows how the load is distributed between the individual processors.

The game itself uses no pre-built animations, rendering lighting and movement physics in real-time, all without breaking a sweat. OK, OK, maybe there is some sweat, but the engineer demoing Glowball mentioned production units are expected to be 25-30% faster. I must say I was very impressed with the life-like physics of everything that was demoed, especially when the ball rolled through the hanging carpets. The potential of using such high-quality engine in games is huge - this is like watching the evolution of desktop and console gaming all over again and anticipating the next Portals and Half-Lives.

The most interesting bit happens to be around 2:05 in the video where 2 of the 4 cores are purposely disabled, showing just how much choppier things get on a [now measly] dual-core CPU. Indeed, the difference is quite apparent, though I have to remind myself that Glowball was created to push the quad-core processor to its limits and was highly optimized to use all the cores - something you may not see in most apps and games for a while.

I applaud NVIDIA's effort to keep moving ahead without so much as a breather and look forward to the first devices utilizing Kal-El, hopefully all running Ice Cream Sandwich, by Q4 of this year. I have a feeling Santa will be a very busy guy this holiday season. 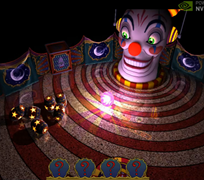 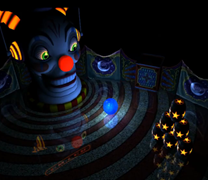 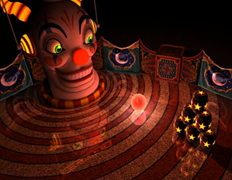 P.S. Wow, that title sure had a lot of hyphens, didn't it?