Evernote, the wildly popular note-taking service, has a big following - but it hasn't really been properly adapted to the big screen, yet. We heard that was about to change back at I/O (we didn't have time to hit up the Evernote booth in the frenzy that was the conference), but the folks over at ArsTechnica sat down with the developers of Evernote and got the scoop.

Update 5/29/11: The first beta download of Evernote for Honeycomb is now live - grab it from here.

Evernote for Honeycomb will be bringing an awesome new rich-text editor to the app, optimized for tablet use. That means you can format text in bullets, insert images, and more. 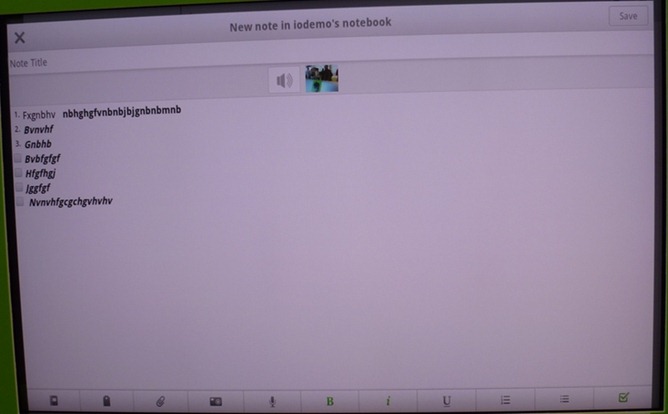 On a phone, I think this would be of limited usefulness. I already have a hard enough time with editing my plain text in the Google Docs app. On a tablet, though - this could be great, because you can actually see enough of the document (and can select text easily) to make rich formatting useful. 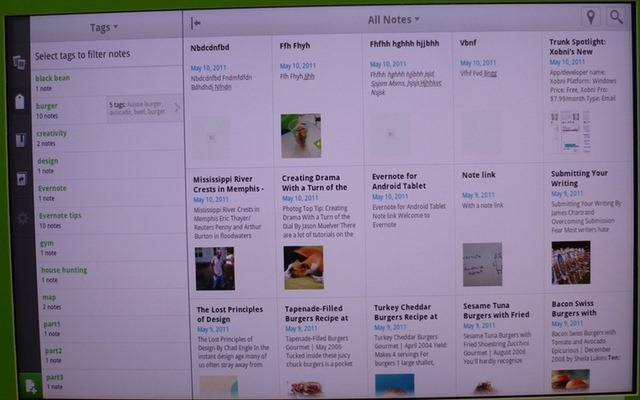 Examples of notes with images

Evernote's app will be updated to include native Honeycomb support some time in the near future - and we'll certainly be on the lookout for it.