You've all probably heard bits and pieces of news about a company called Lodsys in the last couple of weeks, (they've been "patent trolling" iOS app developers) even if you don't really keep up on all things fruit-related. If you're not familiar with the story, let me give you a quick rundown.

Lodsys is what we affectionately refer to as a "patent troll" - a company that buys up promising and often vague or [overly] broad patents in a hope of using them to threaten to sue the pants off people that they know might be infringing on them. Let me say that again - they find a patent, find out how many people might be infringing it, and then decide to buy it. You make the call on the ethics of that, because we certainly have our opinions on the practice. It's a really lovely, lovely business.

Lodsys is a shell corporation for a larger company called Intellectual Ventures - a large patent clearinghouse that owns well over 30,000 patents - all for the purpose of licensing and threatening litigation (read: extorting money.) Though, I'm sure they'd love to tell you they use those patents for rescuing kittens and curing cancer. 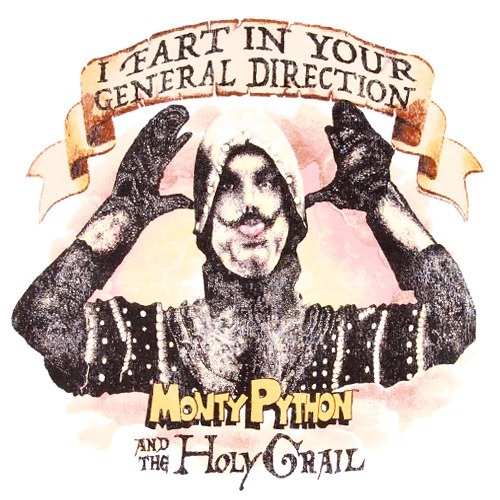 Our feelings on patent trolls.

Anyway, Lodsys bought up a patent that purports to control the concept of making an in-app purchase, like those that allow for the "unlocking" of a full version of an app - something that has rapidly increased in popularity since its debut in newer versions of iOS. iOS app developers using in-app purchasing started receiving infringement notices from Lodsys almost two weeks ago. There was nothing to suggest that this couldn't come to Android. Today, it has.

Let me say that again: their patent claims to control the very idea of in-app purchases across all mobile platforms. How does it go about doing that? Excuse my "French," but that is an excellent god-damn question. ApplePatent.com I think has so far illustrated the utter absurdity of Lodsys's claims best. I tried to read the Lodsys patent - really, I did. From the figures, I guessed that the original inventor's intent was to develop a stand-alone product with a keypad (or maybe a phone itself) which hooked up to a phone line or fax machine, and had the ability to retrieve and send information from a remote vendor's application server. Let me try to give you an example:

Your office air conditioning breaks. You pick up your phone, which has a little display with buttons attached to it, and call a number for whichever vendor takes care of your AC service. The display gives you some choices - do you want a repair? What model of air conditioner? What day and time? Generating estimate - OK, that repair will be $100, would you like to pay now? "Yes." That's my interpretation of what was attempting to be patented, take a look at this picture from the patent itself and tell me if you agree: 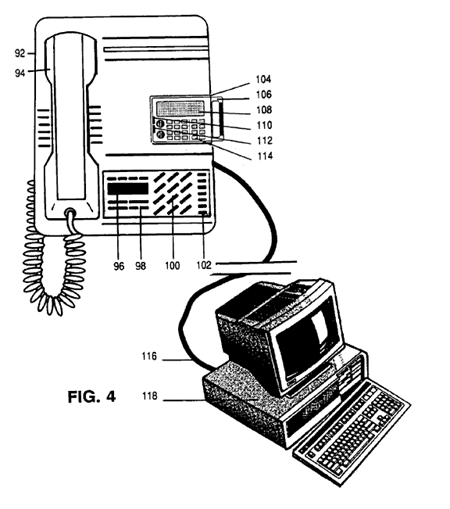 Before I get even more abrasive - let me say, I don't know a whole lot about the technical side of patents. They're crazy complicated, and patent lawyers make very good money writing them - so I don't want to make it seem like all patents can be reduced to some simple, 3-paragraph concept. I'm having a little, shall we say, "fun" with my interpretation. But I think ApplePatents said it best in regard to how completely unrelated this 2003 patent is to smartphones or, to an even greater degree, smartphone applications. Read it yourself - the patent is total jibberish.

Still, Lodsys claims that Apple (and Apple does admit this), Google, and Microsoft have all secured licensing deals on the patent in question. This is probably the single worst thing all three of them could have done. Why? Because it has everyone else (again, pardon my French) scared shitless. If Apple, Google, and Microsoft caved to licensing, how do you think that makes a developer feel about resisting an infringement notice from Lodsys? I'm going to guess "not very confident."

I'm not in the camp suggesting we abolish the patent system, or even ban the patenting of software - but it's clear that the way things work now need to change. If a company like Intellectual Ventures (aka Lodsys) can bully developers into paying for licensing something that they almost certainly aren't infringing on, and doesn't even relate to their product, we have a problem.

Thanks to ArsTechnica for the primary source and analysis links.

BeyondPod, One Of The Best Podcast Managers For Android, On Sale For $1.99 Now Through Monday ...