Last night HTC announced that future devices would come with unlocked bootloaders via its Facebook page. Naturally, one of the first questions to arise from the community was "what about the EVO 3D?" To get an answer to that question, many users went straight to the source: HTC CEO Peter Chou. Here are a couple of the responses that we've seen: 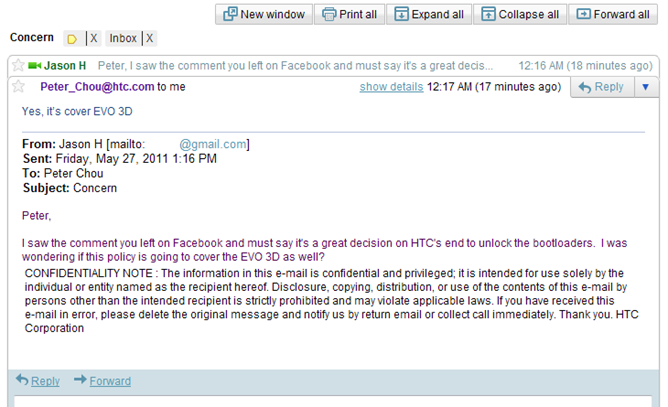 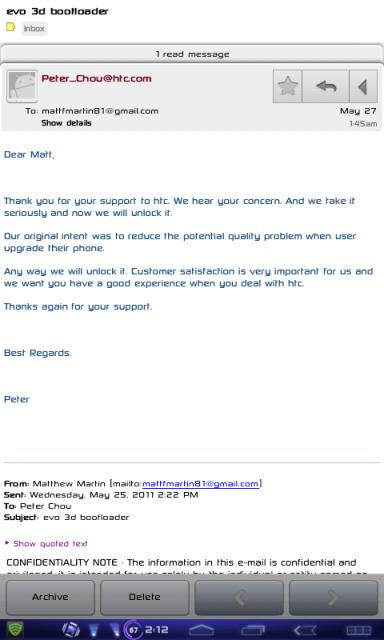 So there you have it, directly from the horses' mouth - the EVO 3D will have an unlocked bootloader, although we're not entirely sure if it will ship that way or come via an OTA update later.

UPDATE: We've contacted Peter Chou about the status of the Sensation bootloader and will update if we hear something back.

So You Want To Know About Bootloaders, Encryption, Signing, And Locking? Let Me Explain

[Updated: Update Should Start Tonight, But Maybe Not For Everyone] Verizon: Motorola Droid X ...