With its Transformer tablet selling like hot cakes, ASUS is probably feeling pretty good about its Android product division right now. Next on the hardware manufacturer's list? A tablet phone sort of... thing. Is it going to be another Dell Streak mini-tablet mega-phone? I don't think so, though these are the images we've got of it so far: 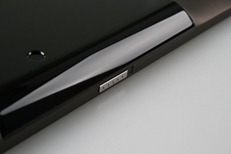 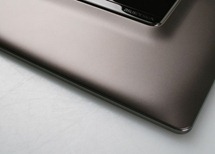 The image on the top right is most intriguing to me. It appears as though we're seeing the back of the device, but in the center, it looks like something is plugged in or docked into the chassis. My guess is that we're seeing a gutless tablet, with display and battery, with a phone that docks into it to power the the device. Sort of like a (much cooler looking) tablet version of what you get with the ATRIX 4G webtop setup. 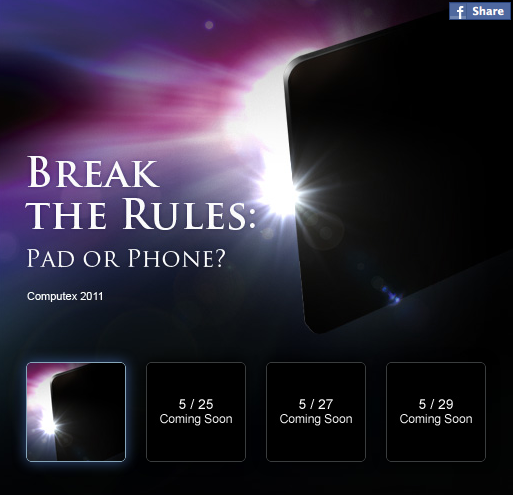 But I could be totally wrong, too. ASUS will be teasing images of the upcoming device on its Facebook page every couple of days until Computex starts on May 30 - when the device will be fully unveiled. We'll be eagerly awaiting additional info on ASUS's newest Android toy until then.