If you've been in an English fanatic's kitchen, there's a chance you might've seen a bunch of word magnets on their fridge which you can assemble into sentences. More often than not, you would take a word out of their carefully-prepared quote, or just arrange them in whichever order that sounded the dirtiest.

Text Clock Pro is the Android equivalent of that. At its core, it's a live wallpaper that serves as a clock by mixing and matching certain words, allowing you to read the time as a highlighted sentence. The text is highly customizable, allowing for different shades of foreground and background text, different font sizes and the implementation of background images; this way, you can still have the static wallpaper you had prior to installation with the illusion of text overlaid on top of it. 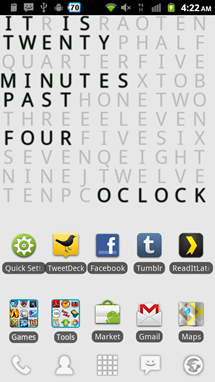 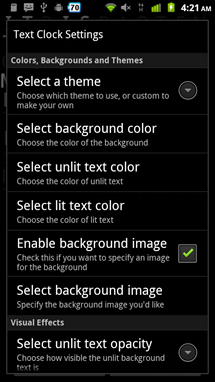 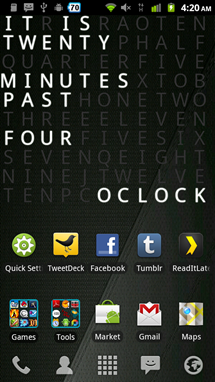 I've never been the type to use live wallpapers for any actual function, so clearing off a bunch of my icons from my home screen took some getting used to. However, it definitely adds a certain flavour to my home screen; by reading the time as opposed to just glancing at number, I tend to pay attention more closely. I also like the way that it expresses the time colloquially; instead of reading "ten twenty four", it displays "It is twenty-four minutes past ten o'clock."

That earns this app some points in the "classy" category from me. At $0.99, it won't break the bank, either. 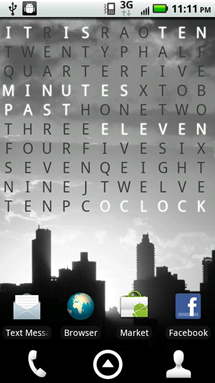 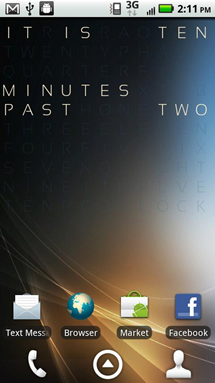 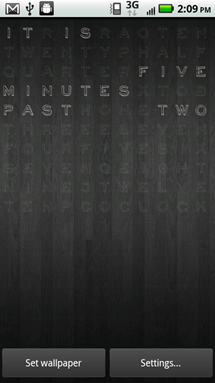 Users of the lite version can only change text size and color, while paid users have access to much deeper options. Also, the app icon itself changes in the same manner based on whether it's the free or paid version, which I found to be a nice touch; check out our widgets below to see the difference! 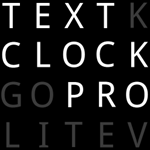 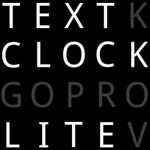 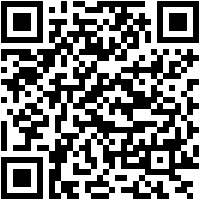 [Amazon Appstore Lawsuit] An App Store Is Not A Store For Apps, Says Apple (No, Really, They ...