Firefox for Android has come a long way since the project hatched as "Fennec" many months ago - there is no doubt about that. What started as a bloated, slow, and buggy pile of crap (really, it was bad), is now one of the greatest browsers Android has to offer (add-ons ftw!). Don't get me wrong - it's still lacking quite a few features - notably, Flash support, faster font redraw on zooming, better startup times, etc., but Mozilla knows this and is working hard on the next version - 5.0.

In order to test out new (but potentially buggy) builds, the company decided to introduce a separate Beta app into the Market today. By installing Firefox Beta, you will be able to play with the new features without jeopardizing the main Firefox installation. Additionally, you can run both apps simultaneously and compare them on the fly.

To start things off, Firefox Beta 5.0 introduces the following features and enhancements:

The most notable addition is the Do Not Track option already found in the desktop versions of Firefox. I personally don't care much about this, mostly because it relies on websites to honor the Do Not Track requests (which they don't have to), but speed improvements are definitely appreciated. Sorry, no Flash or other interesting stuff just yet, but I fully expect more frequent iterations in this version from now on. 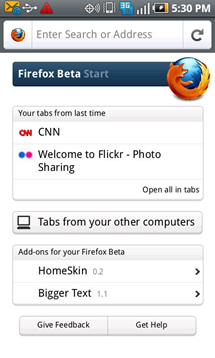 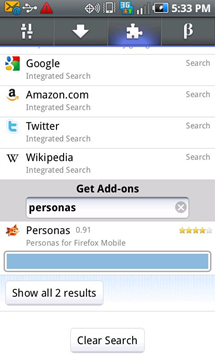 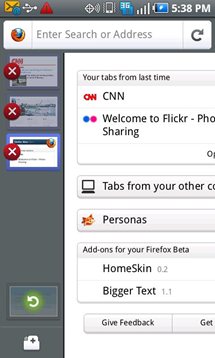 You can grab Firefox Beta from the Market using the widget below: