Well, that's the easy part done. The DROID X2 has been rooted, huzzah! The device was found to be vulnerable to one of the known root exploits out there (Gingerbreak) - apparently Moto couldn't be bothered to patch up the hole (the fix has been backported to 2.2 from AOSP, according to our own Justin Case.) This hasn't been fully confirmed yet, but it seems plausible, given that all previous Motorola Froyo builds have been susceptible to this exploit. 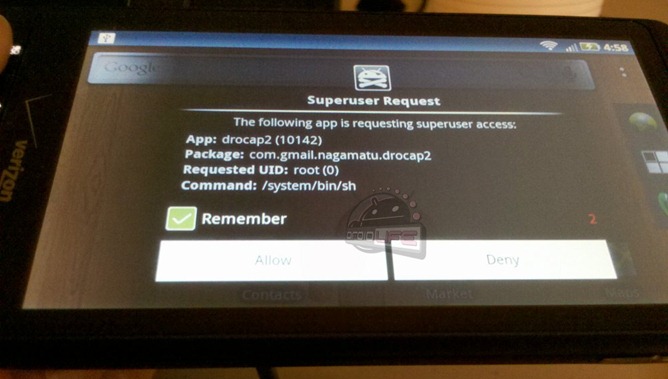 Next on the list: cracking open that bootloader (good luck.)

[Bootscreen Animation Roundup Part 4] Is That A Tesseract In Your Pocket, Or Are You Just Happy ...