Official word just came out of VZW's camp that the Droid X2 will indeed be hitting the streets on the previously rumored launch date of May 26. The arrival of the X2 puts the total number of new VZW phones to hit on that same day at three (what's up with phones dropping in threes these days?) alongside the LG Revolution and Sony Xperia PLAY, so anyone looking to pick up a new handset will have somewhat of a choice to make. 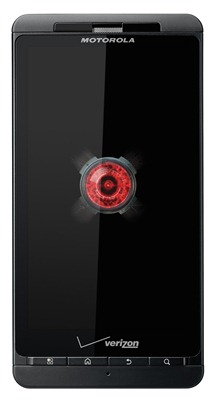 The X2 packs a pretty powerful punch over its predecessor:

Did you catch that last bullet? Yeah, no Gingerbread for this guy at launch, which is slightly unexpected, as all signs previously pointed to this phone dropping with 2.3 intact. However, the press release made sure to note that the X2 would definitely be upgraded to Gingerbread... it just failed to say when that would happen. Let's just hope that it will be sooner rather than later, or else VZW is probably going to have some pretty angry X2 owners on its hands, wouldn't you agree?

The phone will drop at $199 with a two-year agreement, and if you just can't wait until May 26th, you can order it online beginning May 19th. Check out the press release below for more details.

DROID X2 BY MOTOROLA COMING TO VERIZON WIRELESS WITH DOUBLE THE POWER, DOUBLE THE DOES

BASKING RIDGE, N.J., and LIBERTYVILLE, Ill. – Verizon Wireless and Motorola Mobility, Inc. (NYSE: MMI), today announced the second-generation DROID X2 by Motorola, designed for the consumer who does everything on their smartphone.

Fly through the Web with the DROID X2, which boasts Verizon Wireless’ first dual-core 1 GHz processor for fast webpage loading and Adobe® Flash® Player, allowing Verizon Wireless customers to experience rich content online.  The 4.3-inch scratch-resistant and anti-reflective qHD display delivers a sharp, clear view ideal for watching movies, typing emails and playing your favorite games.  Never miss a moment using the 8-megapixel camera with continuous autofocus and stunning HD video capture.  Use the new Gallery app to view, tag and post photos on sites like Flickr® and Facebook®, all from one place.

· Mirror Mode allows you to view and share your photos, videos and downloaded movies on a larger TV via HDMI output

· Enterprise-ready with security and IT-grade policies, allowing you to use your DROID X2 for work and play

· Support for Google™ Mobile Services, including Gmail™, YouTube™, Google Talk™, Google Search™ and Google Maps™, as well as access to more than 200,000 apps available to download from Android Market™

· Mobile Hotspot capability, allowing you to share your 3G connection with up to five Wi-Fi-enabled devices

· The DROID X2 will be available online at www.verizonwireless.com on May 19 and in Verizon Wireless Communication Stores on May 26 for $199.99 with a new two-year customer agreement.

Vodafail: The Story Of The Stolen Xperia Play Shipment In New Zealand Is Fake, Just A ...