When Glu Mobile released Contract Killer this week on the Market, I remembered scenes from my youth when I lusted over Silent Scope, a sniper game that had a rather robust arcade cabinet. Besides being able to play the game with a full-sized sniper rifle, I was amazed by the game mechanics. Because you're firing from such a long distance away, how could you expect to be in any danger?

Contract Killer puts you in a similar scenario: you're a hired gun looking to make money by any means necessary. Through 17 story missions, you deal with a variety of unsavory characters and their desires to see certain people taken out. Before each level loads, you are shown a portrait of the primary target, along with secondary instructions. Missions can involve killing one target, a target and his entourage or using a tranquilizer gun to "capture" the target.

Levels consist of you (the contract killer) at a fixed position overlooking the play area. There are a number of buttons on your HUD which allow you to look down a scope, fire your gun, switch your weapon or duck behind cover. Dragging your finger allows for aiming the gun; lingering over a target will identify them with a name and the level of threat they pose. After completing the objective, a "Mission Completed" dialog pops up, you get money and you move on. 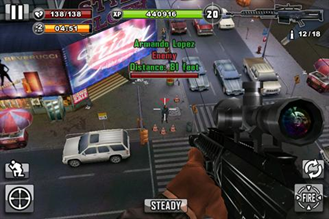 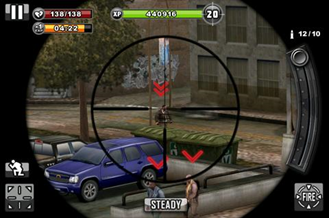 However, progression is level-based; you gain experience along with your money, which unlocks further story missions when you level up. The story missions aren't enough to level you up by yourself: in order to proceed, you take part in randomly-generated missions in your "off-time."

These involve talking to a number of contacts and carrying out the missions they give you. They usually involve the same locations as story missions and mix-and-match character models, which can give the impression that a man you just killed has risen from the grave to be shot in the head a second time. Once the mission is completed, the contact becomes inactive for a few minutes of real-time. If this time limit wasn't enough, you have an "energy meter" that decreases with every job. Without enough energy, you can't work.

In all missions you have access to a number of weapons (including rifles, SMGs, assault rifles and pistols) to help you do the deed. Each needs to be stocked with ammo that you buy through in-game money.

This ammo is expensive, as are the guns, energy refills and first-aid kits. When seven bullets for the Sniper Rifle weapon cost $200 and you're making a little less than that per job, things tend to veer into the unprofitable quite early. Story missions tend to pay more than the randomly-generated levels, but like I said above, there are only 17 of them, and you must grind to access them. 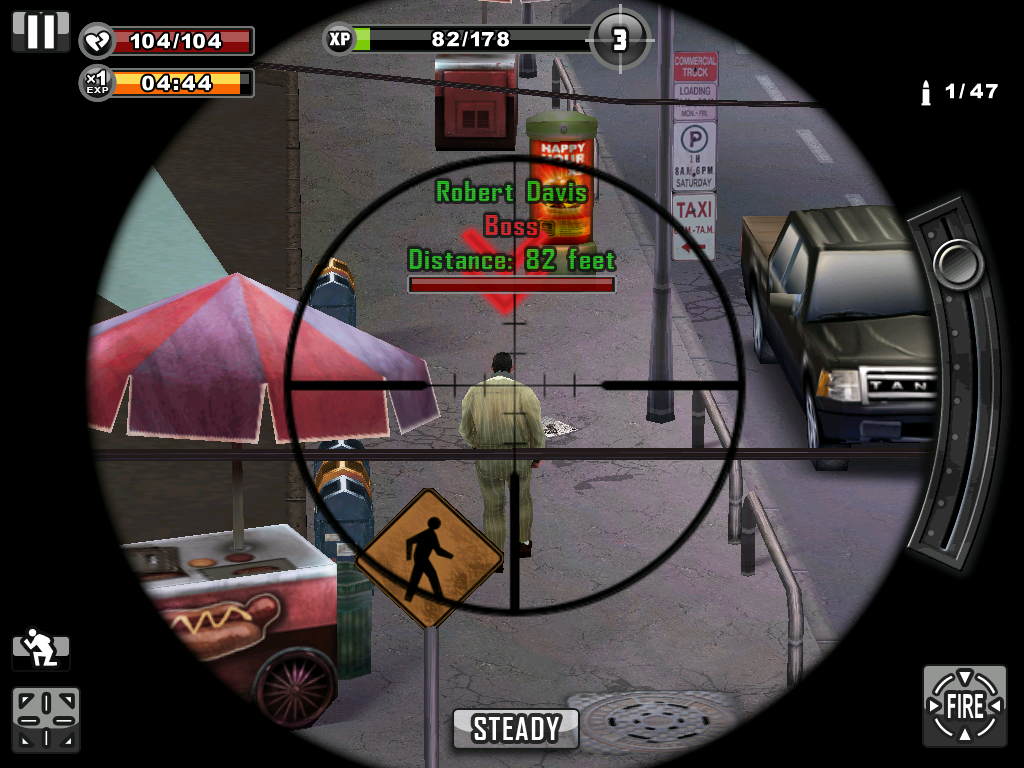 However, there's a fix for this: micropayments.

Contract Killer's developer, Glu Mobile, also publishes a game called Gun Bros; while they're different in setting and mechanics, the model behind their micropayments is the same. If you don't want to grind out the ludicrous amounts of money to get access to the higher weapons, you can pay real money for in-game cash or the "premium" currency, which are called credits.

Some guns can only be unlocked via credits, which locks you out of playing with them even if you spend a lot of time grinding cash. However, there's an option for those who don't want to spend money: Glu partners with a number of apps which, upon installation, will give you free credits. You can uninstall these apps right after and still get "paid," but something about it just doesn't feel right.

The major problem I have with this game is that a number of mechanics are designed to lengthen the game "experience" artificially, instead of actually having a purpose.

Due to this lengthened experience, the game gets just plain boring after awhile; in both the randomly-generated and story missions you do the same thing every time with no variation on the theme. Close combat weapons like an SMG or Pistol exist, but I honestly can't picture any use for them. The single-shot hunting rifle takes out most "regular" enemies with little trouble, and damage can be mitigated completely by ducking behind cover after every shot.

Enemies seem content to just sit back and shoot at you from behind cover, which kind of negates any danger you might feel. I found myself just picking them off one by one leisurely my hunting rifle, not feeling any threat whatsoever.

The only incentive to complete things quickly is the bonus XP multipliers for killing within the first 5 and 10 seconds, respectively. However, with the game needing precise shooting controls, achieving these timing goals while lining up accurate shots is both frustrating and really not worth the effort.

It's a pity, though; Contract Killer is gorgeous and is a great implementation of graphics on Android devices. It really runs quite nicely on my Tegra 2 device and only has some slowdown during moments of hectic action, such as models moving around while trying to zoom in the scope.

It's also free, which keeps the initial investment down. However if you're thinking of picking it up, you're going to have to ask yourself: how much time or money am I willing to spend in order to make Contract Killer feel like a complete game? 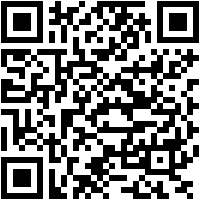 Another Reason To Look Forward To HTC Sense 3.0 - Its 18 Gorgeous Weather Animations [Video]