If you've been thinking about picking up the Nexus S 4G on Sprint, then now is the time to go for it, because Wirefly has a deal that's hard to resist. You can get this stock Android beauty for $99 with a new two year agreement, or by adding it as a new line on a family plan. This is indeed a killer deal on an amazing piece of hardware. 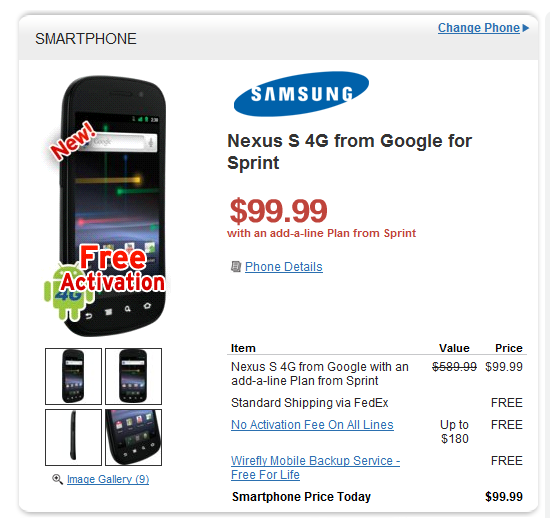 If you need a refresher on the specs of this gem, here you go:

The same phone will set you back $199 at the Sprint store or $150 at Best Buy, so there really isn't a comparable deal out there right now. We have no idea how long this deal will last, so you better jump on it while you can.