XDA member and SetCPU developer coolbho3000 has managed to take an already great (and quick) device, and made it a little better by overclocking it to 1.5GHz. It may not be the fastest overclock we've seen in raw hertz, but it is the fastest we've seen in terms of actual computing power. Remember when the XOOM was overclocked to 1.5GHz? It snagged a 2854 in Quadrant. The SGSII: 4062. 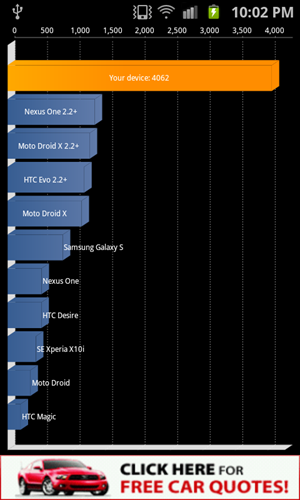 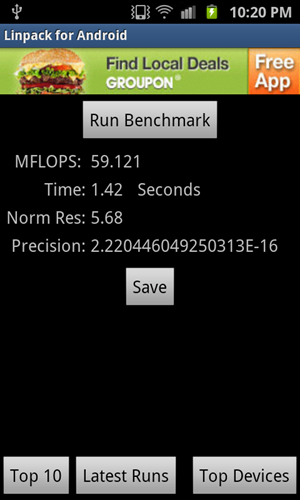 Yes, they're synthetic benchmarks. We know. They still serve a purpose, people.

He even managed to push it as high as 2GHz, though in his testing 1.5GHz was as high as he could go without sacrificing stability.

So, how can other lucky SGSII owners do the same? His instructions:

The usual disclaimers apply here. Only do this if you know what you're doing. Though the long term stability/reliability of similar overclocks on other Android based ARM devices is known, this software is provided with no warranty, and I can't be held responsible if you fry your device.

1. You'll need the latest version of odin3 and the USB drivers for Windows. jutley's post on debranding the phone has links to both: http://forum.xda-developers.com/show....php?t=1064894
2. Grab the kernel. It is a tar file for odin with the overclocked kernel and a initramfs with proper modules for the kernel: http://setcpu.com/files/galaxysii_oc_v1.tar
3. Reboot the phone into download mode using ADB:
adb reboot download
4. Flash the kernel using odin3 by placing the tar file in the PDA section and pressing "Start."
5. The phone will reboot automatically.
6. Use SuperOneClick to root your phone if you haven't already. ADB should have root access with this kernel so it'll just work.
7. Grab SetCPU and try 1.504GHz.

Source code (with relevant commit for the overclock. I also enabled the interactive governor in the config): https://github.com/coolbho3k/galaxysii_oc

Inspiration For Developers: Want Examples Of Excellent Android Code, Including The Fragments ...

[Updated] HTC Merge Available On Verizon Today, But There's A Catch: You Can't Actually Get It ...