I have a couple requirements for any application that wants to help me with organization: it has to have a functional desktop client to sync to. This is nothing against Android's system, but I find that if I have to do any extended typing on it, my enthusiasm for the app fails (coincidentally, along with my time management skills). This is what's kept me from using Astrid with the enthusiasm everyone seems to be talking about; all my time isn't spent on my phone, so why should I leave my tasks there? 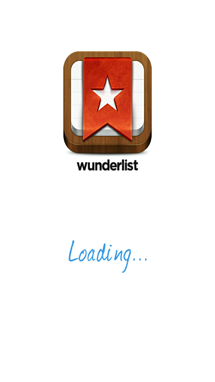 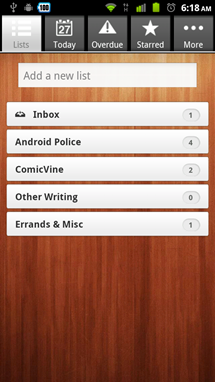 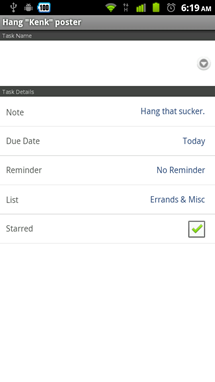 However, Wunderlist not only provides a functional multi-platform client, it makes it look good. Both its desktop client and mobile app can be customized with a number of stylish wallpapers making it look sleek, professional and functional. Tasks are sorted into a number of lists, which are all user-customizable. You can also attach notes, reminders and stars which highlight certain tasks as particularly important.

Also included is a powerful e-mail integration, allowing you to remind yourself of due tasks via messages to your inbox, as well as the ability to add tasks via message. If Wunderlist's aim is to allow you to access it from literally anywhere, it's on its road to doing quite well.

Syncing support is handled by a central login which can be used on the desktop, web or mobile client. All the features work across the board, so you won't have to worry about losing out on any specifics in the transfer.

While this system isn't suited for any particular method of organization (like, for instance, geek stalwart GTD), it's versatile enough that you can use its features to suit whatever your needs are. For example, stars could be considered a type of tags, as the app has no native tag support of its own. This is something that's also absent from Google Tasks, which is the next runner up to my organizing program of choice. Tasks with sortable qualities (like date, stars, etc.) can be accessed through tabs along the top of the main window, as well.

There seems to be a list of features that are common in all task management apps from which you can only pick a certain number to be present. Wunderlist and their tags is one of them, and Google Tasks with their lack of list management is another. I can't tell you how many times I've found a near-perfect system, only to find it missing one key component.

Here's what I'd like out of an ideal task management system:

This last one is the most important, as if an app doesn't have polish, I won't be inclined to use it on a daily basis. Organization tools aren't supposed to be a hassle when you use them; they should be something you pull up, mess around with for a few minutes to update your list, then close and forget about until the next time you need them.

Wunderlist has a number of these features: it syncs across platforms, has a sexy desktop app, allows for a certain amount of prioritization (with starring) and allows you to view tasks you have coming up, or are overdue. However, it doesn't implement any kind of agenda system, or pull in calendars from other sources. It doesn't have a desktop widget, nor a complex tagging system. That said, these things are forgivable if they suit your needs.

Like I pointed out in my review for Folder Organizer, an app that works amazingly is one that's hardly noticed. Wunderlist should be one of these apps, but the lack of a few features keeps me from opening it out of habit every time I turn on my phone. 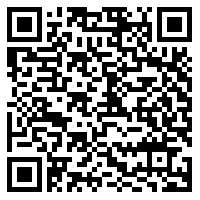