One thing I remember about flipping through Nintendo Power magazine in my childhood is the Shadowrun SNES game. Based off a popular pen-and-paper RPG, Shadowrun is set in a dystopian future where humans can splice themselves with technology to gain new powers. The player wades through a maze of lies, deceit and all-around scummy people to meet their goals, whatever that may be. 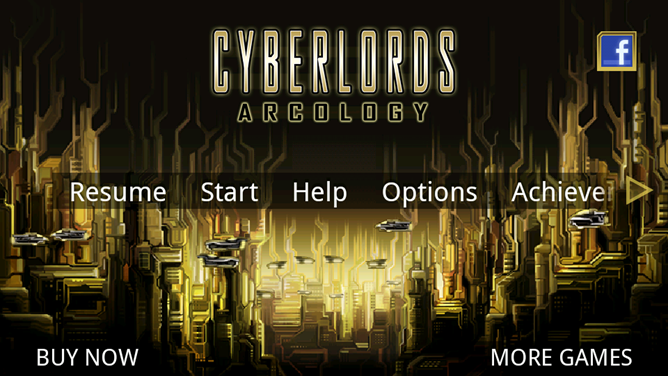 The reason I bring Shadowrun up in a review about Cyberlords is that the atmosphere feels stunningly similar. In Cyberlords, you're an amnesiac who wakes up in a clinic after an operation gone wrong. While escaping, you link up with two other members of an underground resistance in a typical "fight the power" storyline. In the ensuing quests, you pick up a fourth member, rounding out your party.

Each member has a role: the hero is a brawler that seems to gravitate towards melee weapons while there's a gun-toting soldier, an explosives expert and a computer hacker who've all got your back.

They can all be ordered around independently, which can be done in real time or through a generously-implemented pause function. This pause function is necessary, as sometimes just bum-rushing an enemy with all four party members just isn't enough to get things done.

The controls in this game are well laid-out, and make generous use of the touch screen. Most things can be interacted with by a simple click-to-move action. Menus characters can be accessed through long-pressing on their sprite in-game. 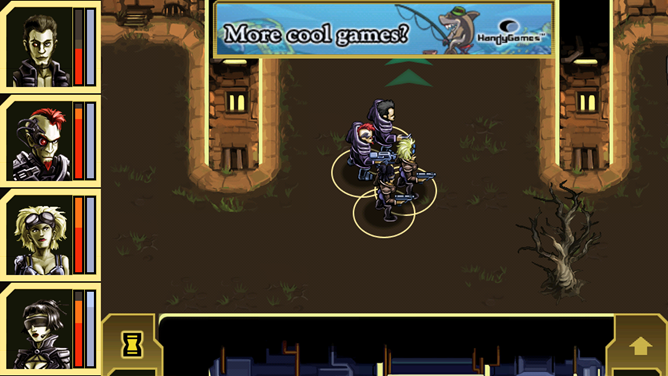 However, I found out that it's very easy to lose control of all four party members, leaving one character woefully out of place, or three just standing around. The party can be selected by double-tapping on any one of their portraits or selecting things from long-press radial menu.

Party members can be outfitted with a number of gear options, which increase damage and other stats. Alongside gear, certain surgical augments (represented by the slot with dots, above) allow for a crude "leveling up" system - gain enough experience and you get improved versions of the augments already installed.

I actually found myself enjoying Cyberlords a lot. Though there are a lot of RPG-type games on the Android platform, they tend to rely on hack-and-slash or fetch quest mechanics to flesh out their gameplay; it's rare to see something that's deeply story-driven. I'm not saying there's a flood of text when you play Cyberlords, but there's enough to satisfy your curiosities about the world you're living in.

However, immersion would be a bit easier if there were more customization options. Your main character is the same each play-through and dialog is fixed; while it may be a bit much to ask from an RPG, I feel that it's hard to role-play when you're limited in choice.

My main character ended up being a tank (all the armor and health augments) due to a sweet pair of shock claws I found. If the game artists were trying to channel Wolverine with this guy, they nailed it: scraggly appearance, biker attire and claws extending from his hands. 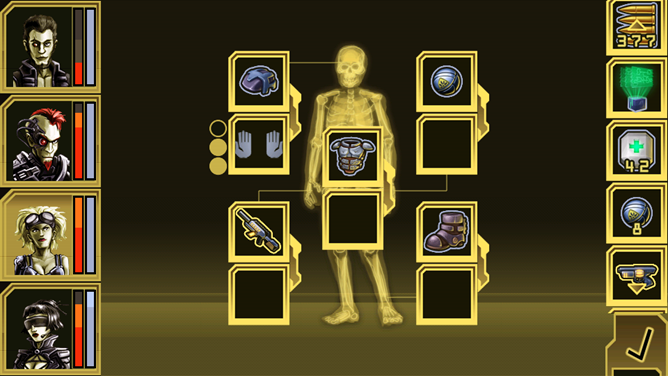 My one major complaint besides the "party sticking together" troubles are that some skills (like the Hacker's hacking) aren't really useful early in the game, and by the time they're up to snuff, the habit of using them hasn't developed. I found myself subscribing to the "blow everything up" school of thought, which can't be what the developers intended. I even played on a couple different difficulty levels to attempt to get some perspective and to my surprise the skills didn't get better on easier difficulty levels. Trying to hack a security mech just left my hacker out in the open to get shot, which made me relegate her to a pistol-things-to-death role.

Other small quirks are just programming choices that seem minor, but when you run into them on a frequent basis, they become annoying. The tendency for the camera to snap to a character when you select them becomes quite annoying when you're trying to issue all four of them orders. Having to re-scroll to where the enemies each time discouraged me from using the system.

Welcome additions to the feature set would be a better AI for your computer partners - having them stand around after they've killed their assigned enemy and not help the others out just seems a bit rude. If you can deal with these minor annoyances, Cyberlords is definitely worth your time, moreso if you want a truly unique Android experience or if you love the Cyberpunk genre.

Cyberlords has a free version that is ad-supported, but I'd recommend throwing down some change for the premium app. The ad window obnoxiously blocks some of the play area, making it a pain to realign the camera every time it's in the way of an enemy. 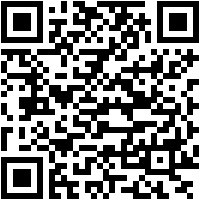 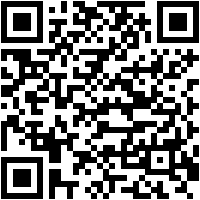