Beginning and experienced developers will appreciate the latest altruistic move by the core Android team member Roman Nurik who, now that the Google I/O conference is over, revealed the full sources for the I/O 2011 Android app for everyone to see.

If you haven't used the app yet, I am here to tell you that it's an Android masterpiece, in both UI/UX (user interface/usability) and coding paradigms. The app utilizes the new Fragments API heavily, so the source should provide plenty of implementation guidelines for those just picking it up. Thanks to the said Fragments, it runs great on both Honeycomb tablets and phones, making its code the perfect example of a relatively complex Android app done very-very right.

Thank you, Roman - your work is much appreciated.

If you want to play with the app itself without having to build it, you can grab it from the Market here. 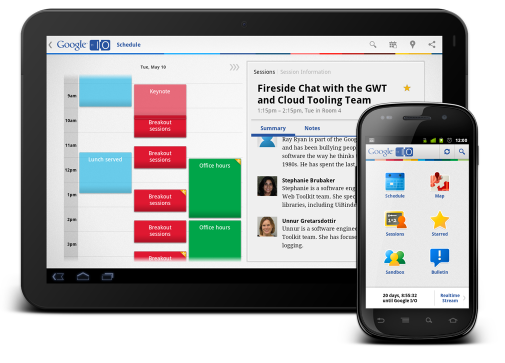