We all remember the T-Mobile Sidekick. It was the phone to have back before smartphones were a normal, everyday thing. It was the phone that did all the smartphone-y things first. It was built for one main purpose, though; messaging like a demon. It was all about staying in contact with your friends, shooting out emails, and texting all the time, no matter how fast you were driving. It did that job, and it did it damn well. Now that Danger Incorporated is dead, though, can there still be a Sidekick? Well, since Andy Rubin was part of the mastermind team behind Danger and is now heading up the mastermind team behind Android, it's safe to say a worthy successor is possible. Enter the Sidekick 4G, holding the same classic form factor but, this time around, rocking Android 2.2 Froyo, manufactured by Samsung, and possessing one of the wonkiest button layouts I've ever seen. Lil' John likes it, though: 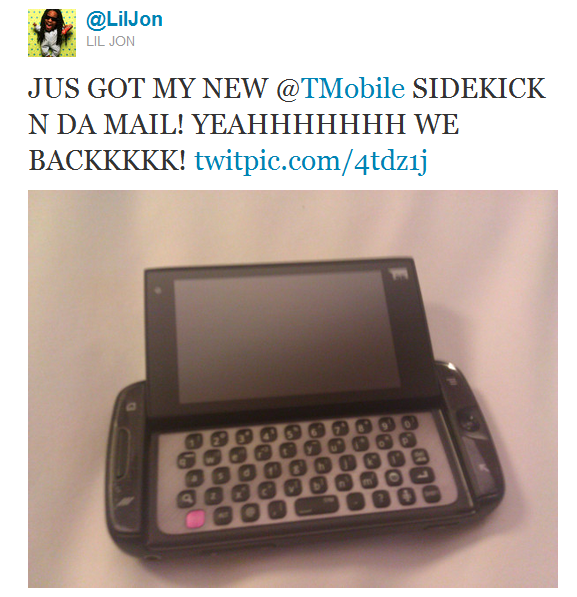 The T-Mobile Sidekick 4G isn't an amazing piece of hardware, but it definitely gets the job done. Here are the specs you can look forward to:

For me, the keyboard is killer and, in conjunction with that Hummingbird processor, makes this phone a very viable option for a messaging fool and social butterfly. It does, however, have some weirdness with the menu, jump,home, and back key layout as well as a hinge that comes with a learning curve.

If you have to have a hardware keyboard, like very compact, solid phones, and live your life on social networks, this is definitely a phone for you to consider. As stated above, the keyboard is phenomenal and the social networking integration, in conjunction with the Jump key make the Sidekick 4G a messaging, sharing, emailing, tweeting powerhouse.

"Let's keep everything pretty much normal - except for those buttons that everyone relies on."

Alright, folks. Let's talk hardware. I'll start off by saying this: The build quality of the Sidekick 4G is much higher than I expected based on the pictures I had seen of it. It's a smaller, 100% plastic phone most of the front of it is a screen on a hinge. The hinge closes solidly and has no "wiggle." I like that. It opens and closes with a satisfying SNAP, and you look darn cool busting the phone out and shooting the slide open. The buttons feel nice and don't feel like I'm going to break them.

I didn't have a picture that can do the screen true justice. The screen is very clean, bright and crisp. It's no SAMOLED screen, but it does the job with gusto. From a sensitivity standpoint, it handles multi-touch famously and is just a little less sensitive to my finger than my EVO 4G. Sometimes, though, it seems like it doesn't register the fact that I'm touching it at all. It doesn't happen enough for me to think it's broken, but it does happen enough for me to make a note of it in a review. I'm torn between this being an issue with the screen or a problem with the software itself. At a petite 3.5", I'll go ahead and say I'm very pleased with the display. 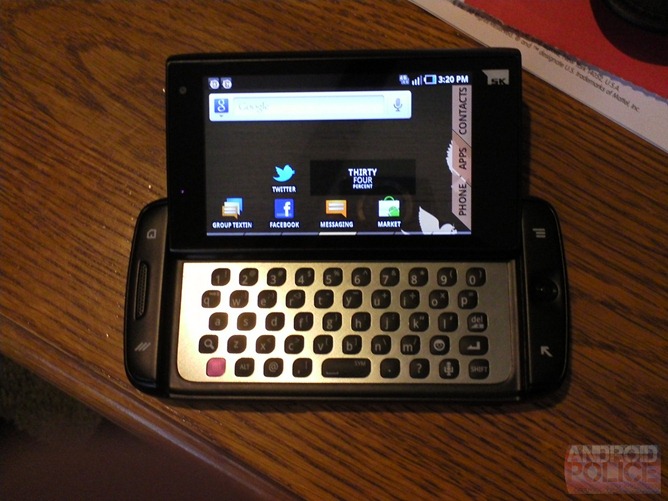 This is where the Sidekick 4G really shines. The keyboard is definitely one of the most enjoyable I've ever used. The spacing of the keys, in addition to being a full 5-row keyboard, makes typing on the Sidekick an extremely enjoyable experience. The shape and size of the keys are very conducive to fast, accurate typing and the travel on the keys gives you the satisfying mix of being sure you've hit a key without feeling like you have to pound the keys to punch in a letter. The keys bubble up and peak in the center, enabling more accurate typing that won't require you to stare at the keyboard a whole lot. As I said before, I cannot overstate how much I enjoy this keyboard. I was surprised because, honestly, the keyboard on the Epic 4G and the Transform didn't play nicely with me. In fact, they just made me angry. This keyboard makes me very happy. Typing is a more emotional experience for me, I suppose. 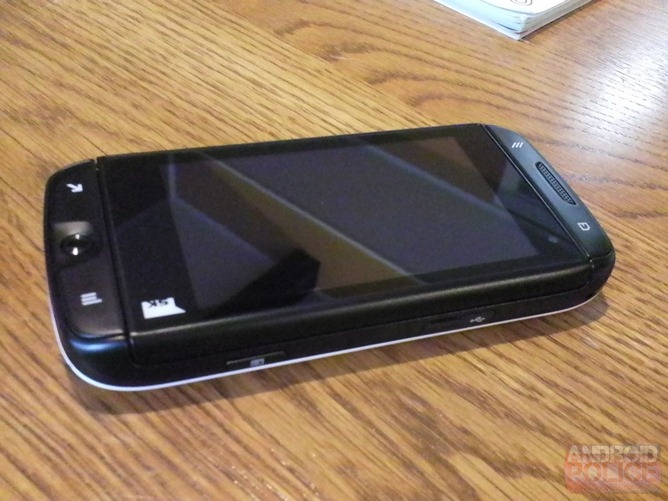 Here's where things start to fall apart a little bit. There are some standard keys that Android phones require to function properly. The Sidekick knocks the normal layout on its ass a little bit and, a lot of the time, this can get crazy frustrating. Those essential keys, Home, Back, Search, and Menu, dictate a large portion of the user experience and, for the most part, Samsung snapped that branch a little bit. First off, with the phone open which, realistically, is how the Sidekick is intended to be used primarily, it puts the Home and Jump key under your left thumb, the Back and Menu buttons under the right. That's alright, though a bit odd. It will take some getting used to, but that happens. It doesn't help that the Jump key and the Menu button look really similar so, if you're relying on the pictures to know what you're hitting, you could be a bit disappointed. The real issue, though, comes from the fact that, when closed, it's almost impossible to tell which side of the phone is the top without looking at the speaker and trackpad. If you, like me, take your phone out of your pocket and start "using" it before you look at it, this will be pretty annoying. In addition to that, this symmetrical layout leads to the fact that, when using the Sidekick while closed, the Jump and Home buttons are ABOVE THE SCREEN. It is, to say the least, a massive pain.

Another slightly odd button decision that Samsung made was the power button. On a Samsung device, we've come to expect a slightly different power/lock button placement but, seriously, this one is weird. You may be thinking "Samsung? It could be on the top, or perhaps on the top right or top left for easy access with your index finger, right?" Well...no. Try the bottom left. If you hold the phone in your left hand, the power button is in your palm; with your right hand, you'll be using your pinky to crane across and unlock your screen. With the phone open, it's on the bottom right. It should be noted that the camera button is directly cross from the power button so, sometimes, when you want to turn off your screen, you'll just end up snapping a picture.

I must say, this thing takes surprisingly good pictures with the rear camera. It has got the standard features that come with a stock camera app. It has a some shooting modes and can take panoramas, which I like. The front camera, however, is very noticeably of lower quality. Even moving the frame around to get the picture looks like a cheap $15 digital camera. It's not too big of a deal, but it's nothing fantastic. Examples below (you can get all clicky on them to see the full-size images). 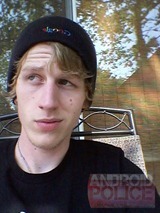 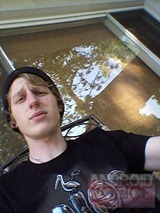 Android 2.2 runs very nicely on the phone, but I can't help but blame the Sidekick's UI overlay being responsible for more than a few annoying lockups. The lockscreen is one of the more interesting that I've seen, but sometimes I have trouble getting past it, even when sliding the phone open. The homescreens transition smoothly and everything looks very pretty and stylistic. You can choose several "Themes" that essentially just change the colors of the main overlay and not much else. One of my favorite features, though, is the universal composer.

The universal composer is an app that sits at the top of the notification pulldown. It allows you to send an email, text message, or post a status update to a myriad of social networks without having to leave your current app. It is nothing short of handy and it works every time. The other cool feature specific to the Sidekick is the Jump key. The Jump key is essentially a replacement for the "long-press home key" trick on most other Android handsets. It has been made to match the look of the Sidekick UI and, for the most part, works great. Sometimes it can be pretty laggy, though, and you can't repurpose the Jump key, something which I would've liked. You can set some persistent shortcuts in it, though, which is a nice silver medal. Overall, it's a pretty handy button, but nothing to drool over. 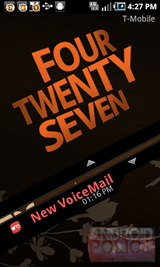 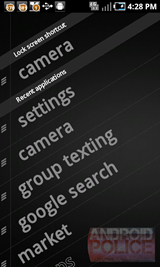 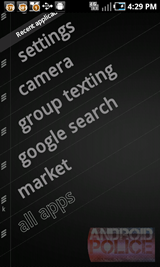 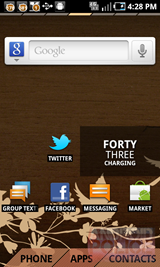 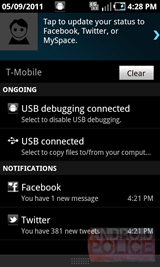 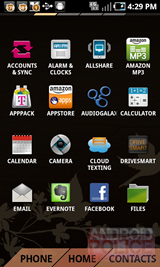 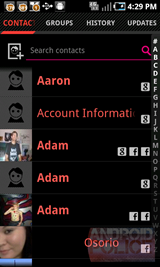 Tie It All Together

Overall, this is a pretty solid device. For all of its flaws, it definitely offers some positives to make up for it. While the camera may be a bit weak and the hinge is a little strange, the keyboard is absolutely phenomenal and the software lets you get in and get of social networking as fast or as slowly as you'd like. It's a phone made for communication, and, boy, does it communicate! Though the software is buggy occasionally, for the most part its performance exceeded my expectation. The Sidekick 4G is a solid addition to T-Mobile's lineup.

Big thanks to T-Mobile for hooking me up with the review unit, even if it is pink :P