As it was demonstrated for the keynote audience, the presenters had linked various lights to an application in the tablet, dimming them or turning them off as they performed different actions. These light bulbs were specially-made for the task; it looks like if you want access to the system, you're going to have to do some replacing in your home. There was no word on the cost of availability of these materials. 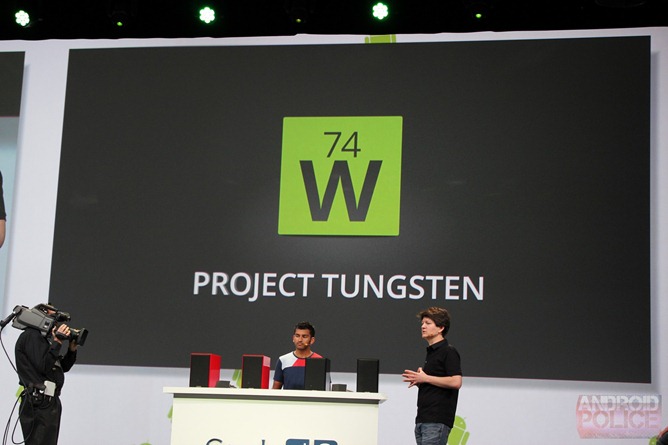 Google is all about heavy metal.

Also showcased was Project Tungsten, a method of controlling and supplementing different music systems using [email protected]. The presenters demonstrated the simple act of touching a CD to one of the devices copied and synced all the music on the disk. Touching the disk a second time started playing the music.

I'm not sure how this was achieved, exactly(something was mentioned about an NFC chip), so until details become apparent I'm going to attribute it to black magic.