With Google I/O 2011 around the corner - in fact it starts in less than 8 hours - I can barely contain the excitement (the 5 beers at today's Samsung and Lookout parties failed to numb that feeling).

Google Music (and movies?), the new Google TV, the next-gen Android dubbed "Ice Cream Sandwich," new games, and possible tablet/phone giveaways are among this year's rumor chart toppers. Will all of them come true? It's likely. Will some? Most definitely (Music and the next-gen Google TV are pretty much sure things now). Stay tuned to Android Police, and we'll make sure to bring you the full event coverage and as much on-location content as possible.

But not all is fun and games - Google I/O is primarily a developer conference, which means it will be filled to the brim with core Android developers. Reto Meier, Dan Morrill, Romain Guy (isn't his name just awesome?), Xavier Ducrohet, Tor Norbye, Roman Nurik, and Matias Duarte are just some highly recognizable folks who are going to be present.

These developers will not only be giving talks and running dev sessions, but also holding office hours and fireside chats, meaning I'll be spending a lot of time talking and asking questions. Here is where you come in.

Your homework for today is to come up with interesting and pressing questions for the Android team. Ask away in the comments, and I'll try to get them all answered throughout the next 2 days and then post them on the site. 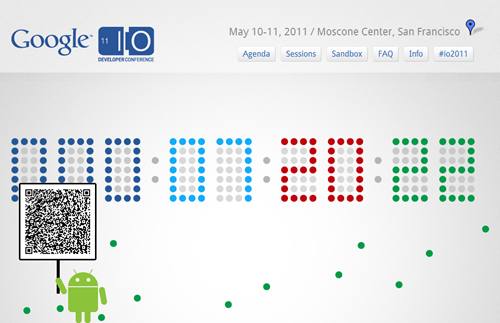 P.S. Don't forget to join the live broadcasts tomorrow and on Wednesday at http://www.google.com/io.

[Unconfirmed] Google Music Is Ready, May Be Announced Tomorrow at Google I/O