The popular do-everything notepad app Catch Notes received an update today that includes full Honeycomb support and provides some advanced features specifically designed for tablets. Among the new features is an improved UI that makes the app much more intuitive on the larger screen. You can now expect to see multiple views on the same screen, which will make note input a much more fluid task, along with an enhanced note editor that will allow for much faster note taking, and better overall organization. 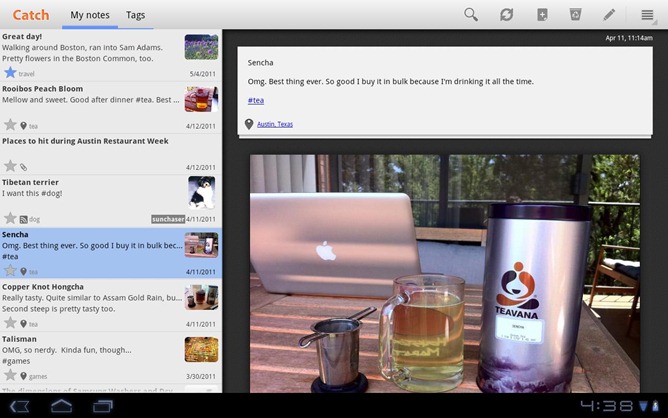 Also included in this update is the addition of context-aware controls in the action bar and a more intuitive tagging process.

The update is available now, and you can grab it for free in the Android Market.