In the world of mobile phones, cases can be something of a contentious issue. There are those who insist that putting a case on anything so beautiful as a high-end Android phone is pure blasphemy, and anyone who does so is sullying the experience of owning high technology. Others recognize that they are walking around with $500 worth of slippery glass and plastic, opting to cover that shit up. Personally, I am on the fence. I alternate between the two options, revelling in the hard work of the designers at HTC on some days, and others I want to shake up the look and maybe get a little extra protection.

As you probably know already, Otterbox has a reputation that is the exact opposite of my traditional case. Theirs are typically all black, but they bring industry leading protection. Recently, Android Police got the chance to get some hands on time with the Otterbox Commuter series for the HTC Desire HD and Inspire 4G. Hopefully, we'll be able to help you decide if you are a case person or a bare-backer. 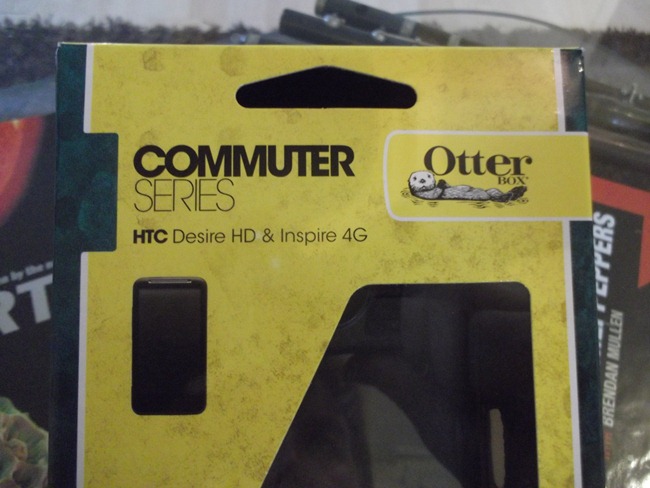 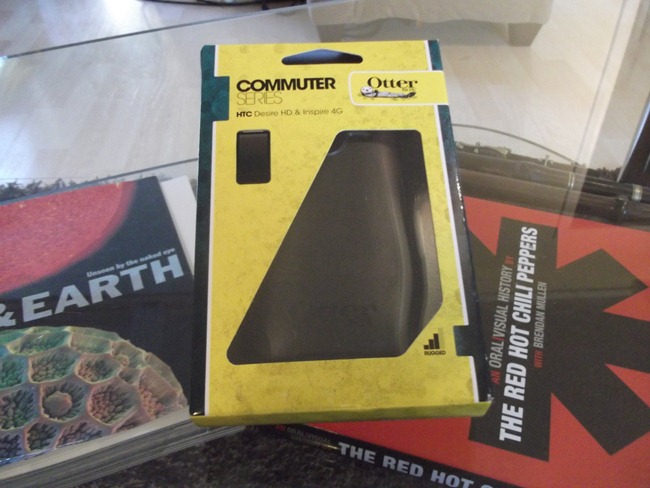 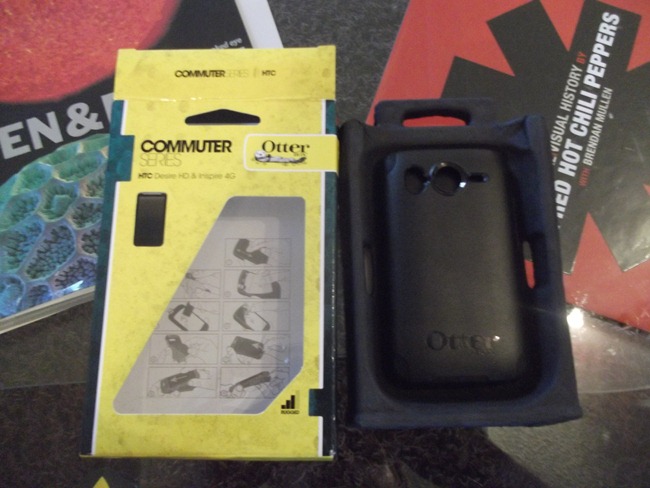 The case is a two piece design, with an inner silicone layer - much like the standard silicone skins - that is there to absorb the impact from any drops or roundhouse kicks the phone may sustain. A hard plastic cover goes on top of the silicone cover to protect against anything that may rip or puncture the inner silicone layer. There are instructions on the inside of the box for installation of the two layers, but they are hardly necessary as putting the case on is a snap. Once together, you have a slightly bulkier, but vastly more secure phone sitting in your hands. 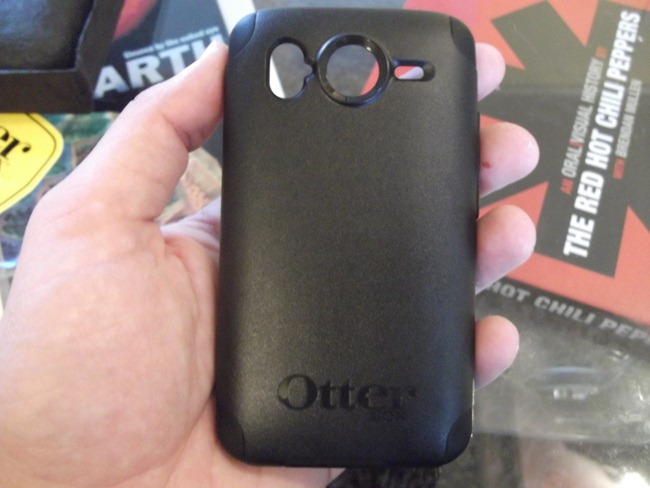 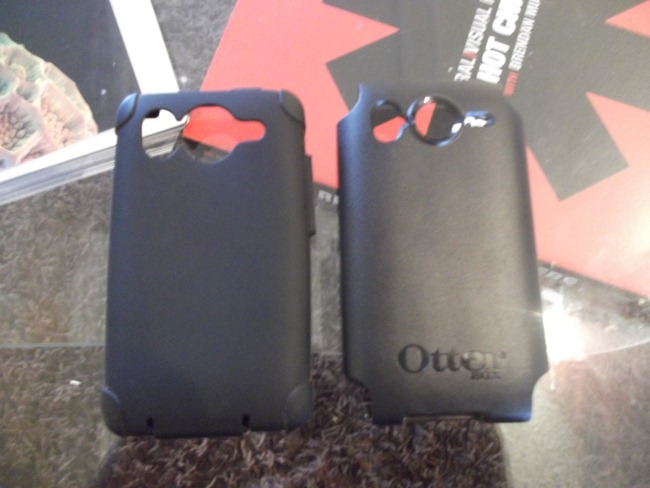 As is the norm with high end cases such as the Otterbox Commuter series, the case isn't the only item that comes in the box. After pulling out the insert you find a sticker. Can't say I am too inclined to slap the logo for my phone case manufacturer on the rear window of my car, but it could be handy for some moderate vandalism. 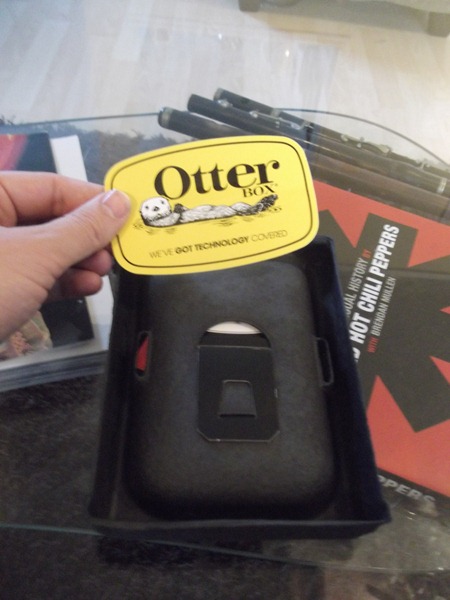 The case itself comes wrapped around a small cardboard container that houses all the standard accoutrements of a quality mobile accessory. Along with the case you get one screen protector, a microfibre cleaning cloth and an installation card for smooth application of the screen protector. 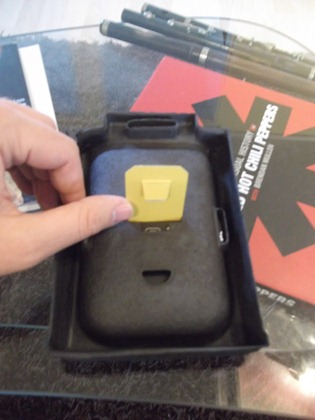 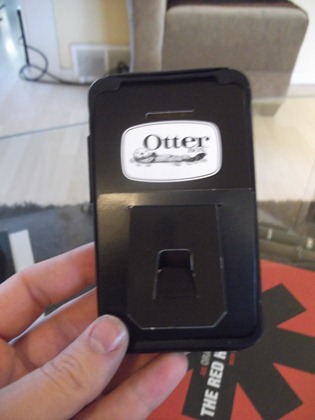 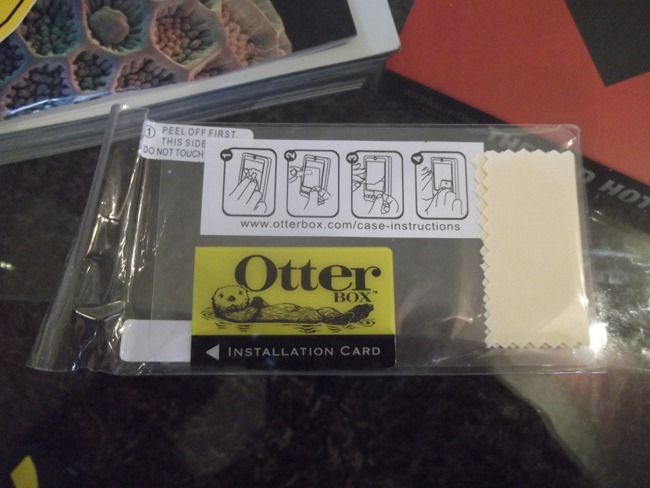 Otterbox has been a household name in the high-grade phone case market for a long time, and this particular case holds true with their tradition of quality. While it adds a considerable amount of thickness, there is little more added weight than you would expect from cheaper, smaller cases. It fits snugly and all the edges are securely sealed. The only possible quibble one may have with the fit is the tendency for the bottom silicone piece to twist away from the screen a little when putting the phone in the pocket of some exceptionally tight jeans. Other than that, you can feel right away that this case is ready for some heavy action. 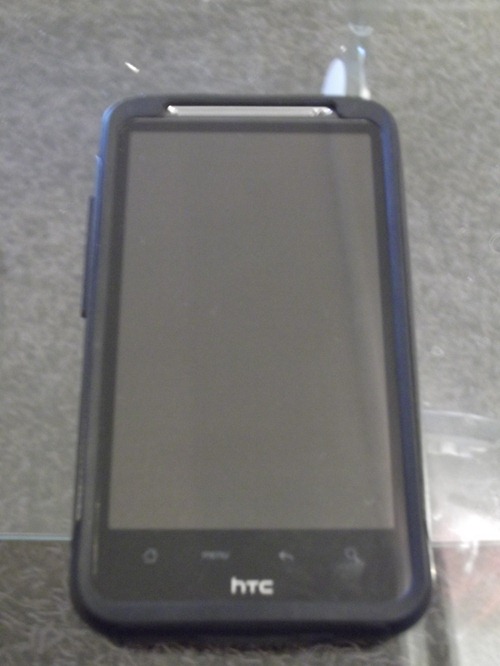 As for the look of the Commuter, it is kind of hard to get too excited. It's a textured black plastic, with silicone corners and Otterbox emblazoned on the bottom quarter of the case. I had more than one person ask me if I had switched over to an iPhone 3G, given the rounded profile, but one look at the camera opening made them quickly realize I was still rolling with the Droid Army. 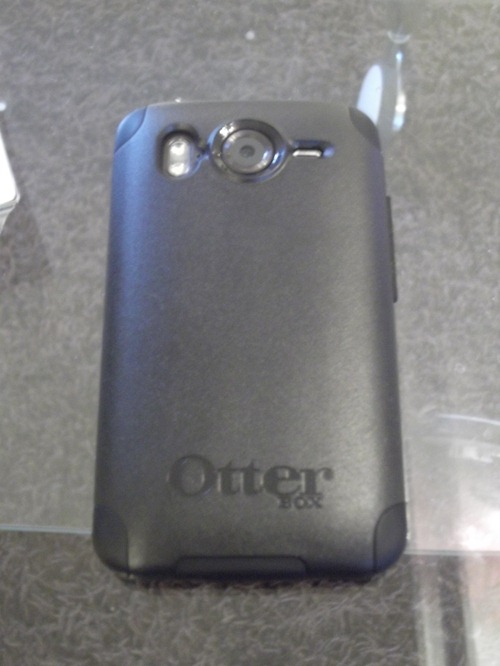 In order to give a qualitative benchmark for performance in a number of categories, I compared the Otterbox Commuter with one of the many alternatives I have in my ever growing stable of cheapo cases. The competitor case in this duel is a simple black gel case bought off of ebay for around $9. Hopefully this will help you decide whether you should opt for the higher quality, more expensive option or the bargain bin alternative. 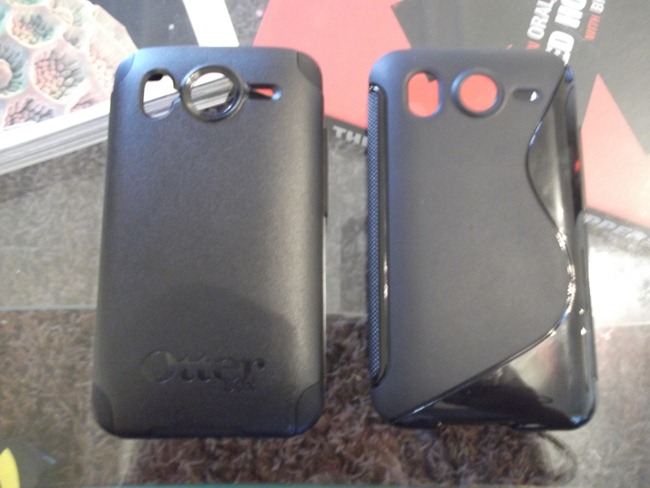 Here are some shots giving a look at the comparative thickness of the phone when using either case. You can see the Commuter is a fair bit thicker, but given that it is the equivalent of a gel skin with a hard case around it, the difference isn't as large as you may expect. After using the Commuter for a number of days, I can confidently say if you can adjust to using a phone with a  4.3" screen, you can get used to the added thickness. 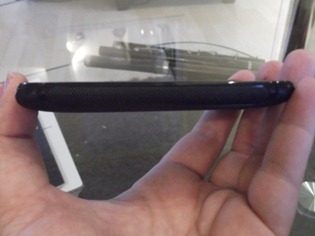 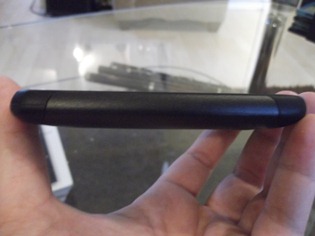 Anyone who has a black-slab style phone, especially one of the HTC variety, will tell you that one of their major pet peeves with the design is the gap between the screen class and the outer casing. This usually results in a good scrub with a toothbrush once a week to clean it up. Getting a dirt filled micro-USB port or headphone jack is always a cause for concern as well. These next shots illustrate how well each of these case types help to prevent these horrors.

The gel case left major gaps between the edge of the screen and the edge of the case, while the Commuter has a gasket-like seal going all the way around the screen. When I am at my day job, unloading trucks at a dusty warehouse, I always used to leave my phone, with or without a case, in the office for fear of filling its nether regions with crap or smashing it against a hard object. After putting on the Commuter, I was able to keep my phone in my pocket while working, and thus, bring my productivity way down. This pleased me greatly - my boss, not so much. 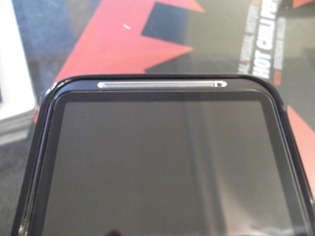 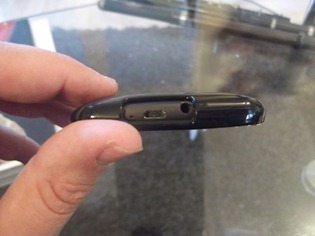 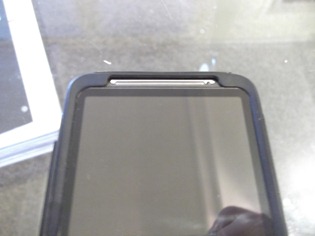 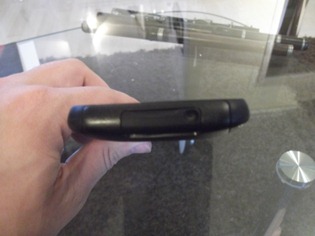 The buttons on the Desire HD/Inspire 4G are not the most user friendly buttons out there. They are barely elevated above the phone's housing and it's often hard to know if you pushed anything at all.

With the gel case, the experience is almost the same, if not worse. As it is one solid piece of rather stiff gel, the rocker and power button take some grip strength to get a response. On the other hand, the Commuter actually improves the usability of the volume rocker and power button. The soft silicone layer protrudes through the hard case and interfaces with the buttons perfectly, turning the lame, smooth buttons into big, soft, awesome buttons. This is especially handy if you are frequently using Clockwork Recovery, as the volume rocker and power buttons are your only means of navigating within it. Chalk up another win for the Otterbox team. 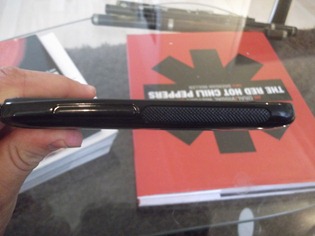 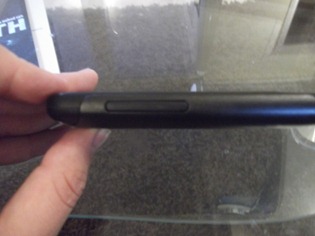 I really hope you won't fault me for being a little wishy-washy in this section. As much as I am committed to keeping our readers well informed, for some reason I didn't feel like hucking my phone at hard objects for science.

Even without destructive testing, it's hard to say that Otterbox doesn't offer superior protection. Merely the presence of a hard outer shell means that when, not if, your phone is dropped or impaled, you will be covered. The gel case really only offers scratch protection and some minimal impact absorption. If you happen to run into anything that can tear flexible plastic, say a javelin, the gel case is as good as gone. But so is your leg, I guess.

As I stated earlier, I have always been on the fence about cases. The look of a bare high-end Android device is one of pure beauty. Designers spend months tweaking the look of a product, and all their hard work almost always pays off. On the other hand, I have absolutely destroyed cheaper phones by merely carrying them around in my pocket during work or other highly physical activities.

Despite muddling the natural beauty of the phone, and adding a fair bit of bulk, I can recommend the Otterbox Commmuter to Desire HD/Inspire 4G owners with confidence. It may not have the most stunning or unique look, but it brings piece of mind and a whole new conception of where you can take your phone.

Bottom line - if you are part of the pro-case crowd, drop the extra few dollars and go with the quality of the Otterbox Commuter series. You'll get used to the extra size, plus you'll finally be able to take your Desire HD/Inspire 4G spelunking like you've always wanted.

[Weekend Poll] How Important Will Customization Be In Determining Your Next Android Purchase?