If you grew up in the 90s or early 2000s and played PC games, you've undoubtedly heard of the Heroes of Might and Magic franchise - a series of turn-based strategy games by New World Computing. Heroes of Might and Magic 2 was the first truly amazing game of the series, followed by HOMM3 with improved graphics, and then going to crap starting with the 4th one. I think HOMM2 and HOMM3 collectively stole not months, if not years, of my time, and I am still just as excited to play either of them as I was back in the day - the replayability factor of these games is through the roof.

So, when I heard that Heroes of Might and Magic 2 was ported to Android (yeah, it's free and open source), I had to check it out immediately. I've been playing Android games for over a year, but none of them survived on my phone for more than a few weeks (the record keeper is Tower Raiders). Even though HOMM2 is quite old (15 years), if I could get it to run on my phone or tablet, it would provide hours of entertainment that these devices are still missing to this day.

How did it do? Read on to find out.

Part 2: Heroes of Might and Magic 2 on a Motorola XOOM tablet:

Before I jump into the game, I want to talk about the initial configuration that the original game didn't have. This configuration deals with the properties of the port itself and your experience with game on a mobile device.

As you can see, you can download the demo version of HOMM2 if you want to jump right in, or you can upload the full version of the game if you happen to own it (you can grab a copy here for $10). I haven't found any limitations of the demo version just yet, so I wouldn't worry about it just yet.

You can download 3 map packs - essential, additional, and mega, which will give you a ton of maps to play on. There are also language packs for those who would prefer their native language to English.

For those worried about controls, specifically how the mouse pointer controls translate to a touchscreen device, let me relieve your concerns right now - there are a ton of options, one of which will work for you. You can have an absolute or relative mode (relative by default, which may be good for a phone, but much better as absolute on a tablet). In absolute mode, wherever you click, that's where the mouse pointer will go, while in relative mode, you can click anywhere and it'll register as a click to the area the pointer is currently in. Mouse movement is similar - in absolute mode, it follows your finger exactly, while in relative, it follows your movement starting with its current position.

You get to customize both left and right mouse buttons - see some of the options below. I found that Normal works best for me, but you can have the freedom of deciding on your own. I don't have a physical keyboard on the EVO, but if you do, you can utilize it for a lot of the controls.

This section is easy - if you're familiar with the original Heroes of Might and Magic 2 on a PC, you don't need me to tell you anything past the fact that it works pretty much the same way. The only exception is the speed of movement on slower devices - even my EVO was a bit slow while moving heroes around the map or fighting in the Battle mode. Of course, there are some nuances with the mouse, but you can get it to behave very nicely by tweaking the settings above.

Tip: you should immediately adjust in-game hero and AI movement speeds to 10 by clicking the in-game configuration button after the game starts.

Do the same in the Battle mode. It may not help much on slow devices, but it'll sure make a difference on faster ones.

Those who are not familiar with the game at all, you're in for a treat. In HOMM, you control up to 8 heroes around the map (sometimes 2 maps - underground and above ground) and battle the enemy for complete map domination. Each hero has multiple army slots for the numerous unit types, each of which may have special abilities, strengths and weaknesses. Heroes can learn a variety of magic spells, which can turn the battle around rather quickly if used wisely.

Another important part of the game involves castles, which make units, research spells, gather gold, and provide defenses. If you lose all your castles, you have 7 days to regain control, or the game ends in a loss.

Resources, neutral characters who you can fight to gain experience or who may opt to join you, endless variations in strategy - this doesn't even begin to describe the Heroes experience. You simply have to play it for yourself.

As Free Heroes 2 is a direct port of a game that is now 15 years old, the graphics won't turn any heads. However, most of the appeal of this game is in its game play. I'm hoping HOMM3 will get ported too someday, because it greatly improves graphics.

Gameplay On A Tablet

I was curious to try HOMM2 on a tablet, and I am happy to report that it is exactly what I was hoping for, especially the way the mouse behaves on a large touchscreen. I think I'm in love.

If you want to see what it looks like on my XOOM, check out the 2nd part of the video review above. Additionally, here are some screenshots: 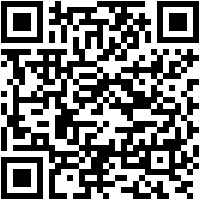 [Unboxing and Review] Otterbox Commuter Series For Desire HD/Inspire 4G Or: How I Learned To ...