We've been able to speak so highly of Samsung lately, considering its timely source code releases and recent device updates, but now this happens. Rumor has it that Sammy has duped owners of the Galaxy Tab WiFi by replacing the CPU with an older version, which in turn required a downgraded graphics processor, too. This is, of course, in comparison to the 3G Galaxy Tab, which was released several months prior to the WiFi version.

The 3G Tab has a 1GHz Samsung Hummingbird processor along side a PowerVR SGX 540 for graphics processing. According to a thread over at the XDA Forums, the WiFi Tab only has a 1GHz OMAP 3630 with a PowerVR SGX 530 handling the graphics. It's definitely worth noting that while the clock speed may be the same, any techie will tell you that architecture changes everything. Two different CPUs, both running at the same clock speed, can run vastly different from one another depending on the architecture. Naturally, the newer the chip, the newer the architecture, thus - the faster the chip (in theory of course). 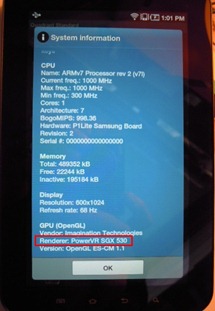 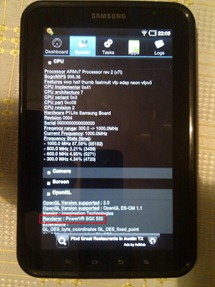 Sammy didn't stop there, either. According to its official website, the 3G Galaxy Tab is sporting Bluetooth 3.0, while the WiFi Tab only has Bluetooth 2.1.

I'm not sure why Samsung would do such a thing, but one can only speculate: money. Of course! The almighty dollar that rules us all. The Galaxy Tab WiFi needed hit a specific price point, but Sammy still had to gain profit. The solution? Downgrade components and don't tell anyone.

If this is true, and it appears to be so, then I take back all of the nice things that I've said about Samsung lately. Shame on you, Sammy. Shame on you.