Like a lot of users, I'm guilty of mashing the "install" button when I'm in the Marketplace and ignoring those lovely warnings that tell me what permissions apps want to use. This isn't really the best practice to keep, especially in the wake of all this location-tracking madness that's been plaguing both Android and iOS.

While I'm not exactly sheepish about what my location data says about me, not caring about the rights that you have as a user (and the rights that you're letting apps take advantage of) just shows a lack of responsibility. While I'm not saying what Google and Apple did was right, I think it's part of our duty as enlightened tech fans to make sure our best interests are being looked after.

I've had Privacy Blocker on my phone for a while now, and with those stories dropping it seems like a good time to review it. While it won't prevent your operating system from tracking your data, its premise is interesting: it scans apps that are on your phone and identifies which permissions they asks for.

It then offers a description of what a certain permission might be used for and offers a way to "fix" it by spoofing the information reported back to the app. This includes fake cell phone numbers, fake phone models and even fake carrier data.

AT&T users will need to have sideloading enabled on their devices to use the main features of this app.

Using Privacy Blocker to "fix" an app will also break the ability to update that app, but will preserve update notifications and its tie to the market. In order to update, long press on the app and choose "revert," update, then apply the fix again.

While this might seem like heaven for those of us who are affected by geoblocking, it doesn't work they way we would hope: the major example I was hoping to circumvent, the Amazon App store, determine users' locations by their IP addresses, not the data the individual phone is sending out. Numerous attempts to get around the Amazon App Store's location filters (even with American account credentials and when completely spoofing all the data sent out) still result in the "Store is not available in your region" message popping up. Similarly, you won't be able to trick Hulu, Spotify, Netflix, etc. using this app, as they all use IP-based geo-location.

But really, I don't think that's the point of this app. 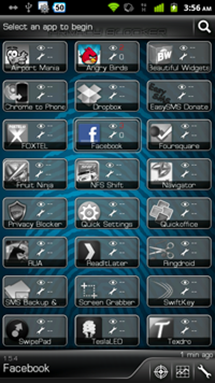 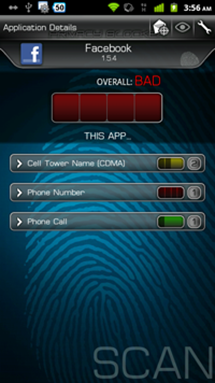 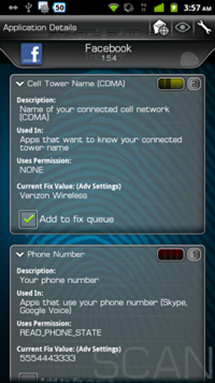 What I think Privacy Blocker is for is to explain to users what the data they're sending out might be used for in order for them to apply context and figure out if it's threatening. Take the above screenshots: Facebook for Android is marked as a "bad" app for transmitting data about Cell Tower Name, Phone Number and Phone Call status.

The big red bar might make you a little nervous, but when you think about it, those three are pretty logical: Cell Tower Name works with Facebook Places (for location data), Phone Number works with your Facebook phone book and Phone Call allows you to dial your friend's numbers from inside the app.

Doesn't seem so scary now, does it?

Privacy Blocker also advertises the ability to back up before fixing and the ability to put in custom data for spoofing (this can be found in its "Advanced Settings" menu). As the scanning and spoofing also applies to system apps, this can probably be used very creatively by those who wish to keep their personal data safe.

However, I have to remind everyone that the greatest anti-virus is common sense. Apps are required to inform you which permissions they intend to use, and ultimately it's up to you to decide if you're cool with that. I encourage everyone to only install apps from sources you trust and to read the fine print whenever you can.

It's interesting to note that an app called Permissions Denied that touts being able to do the same things as Privacy Blocker, comes with a free price tag and does not break market updates. However, the app may not work on all phone models and requires root; it also picks up non-network permissions (such as access to the phone's sensors) as opposed to just ones pertaining to outgoing data.

Privacy Blocker costs $3.99, but is on a $1.99 sale right now (if I had to guess, it's because of the location scares). The developer has also made a free version, "Privacy Inspector," available to those who wish to scan (but not "fix") their apps. 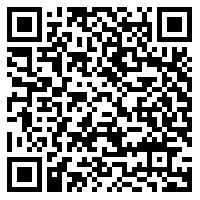