I awoke this morning to the UPS delivery guy dropping off a package at my house; lo and behold, it was a DROID Incredible 2 (Dinc2) review unit. As an EVO owner, I'm fairly familiar with what has fast become HTC's modus operandi - high quality, good price, and higher-end specs. With that in mind, I was looking forward to my time with the Dinc2, and tore into the box immediately (I didn't even put a shirt on first... sorry, UPS guy). 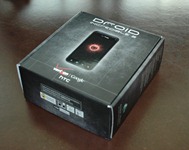 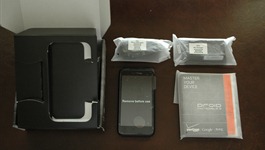 Let's state the obvious right up front: the Dinc2 isn't going to break any records. We've already got dual-core phones with more RAM, we've seen handsets with bigger and better screens, and it's not packing 4G. In fact, because of just how "vanilla" the Dinc2 is in terms of hardware, it's failed to make much of a publicity splash. It really feels like more of a mid-model upgrade than an entirely new device. Still, as Artem discussed yesterday, there are enough notable changes over its predecessor to keep it competitive with other high-end devices. Let's take a look at the specs:

There are a few things you'll notice immediately upon turning the device on. First, the Incredible 2 features fast boot, which I completely forgot. It certainly made things weird when I pulled the phone out of the sealed box and it turned on instantly, as though the screen had only just been turned off (rebooting is also quite fast).

Next, I always forget just how genuinely good Sense is. I know a lot of people just love to hate manufacturer UIs without discretion, but I'm always pleasantly surprised by it - and Sense 2.1 is no exception. For example, it allows for much finer control over linking contacts to Facebook/Twitter/etc. The app drawer can be sorted by source (all, downloaded, frequent, and Verizon). The weather widget is cool, as is the flip clock. The lock screen and UI elements are also much more attractive in Sense than they are in stock Android. 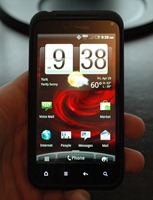 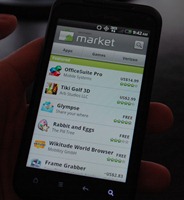 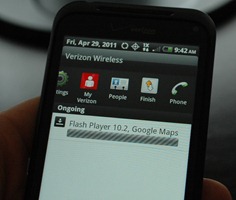 The hardware here comes together very well. The phone is very snappy and smooth, and manages to snag a score of roughly 1600 in Quadrant (versus my slightly overclocked EVO running CM7.0.2, which pulls about a 1350). Just benchmarks? Sure, but the way the phone "feels" reflects that performance gap.

Build quality is, as expected, top-notch. The device is quite light compared to many other phones, but ever-so-slightly heavier than the original Dinc, according to official measures. Contrary to many other HTC devices, the Inc2 doesn't feature any "splashes" of color anywhere, even under the battery cover (which, by the way, is a pain to get off) - all black on this one. Everything fits together very tightly and feels quite solid.

I've had a few hours now to play with the phone, but that should cover all the basics for now. Be sure to check back in a few days for our full review!