Well, I can honestly say that I didn't expect to be typing this today. It looks like things may be starting to unfold with the Bionic/Targa drama - as in, the Bionic may not be the Targa at all. Now you're curious, right? Allow me to explain, but keep in mind that this is all speculation.

We all know that manufacturers use code names for their devices. For example, the original Droid was codenamed "Sholes" while the EVO was called "Supersonic" during its testing phase. Several weeks ago, we saw some leaked images that were supposed to be the Motorola Droid 3, which suggested a codename of "Solana". Along with these leaked images came a device that we hadn't previously heard about, codenamed "Targa". Since then, Moto has decided to scrap the once-upcoming DROID Bionic, and we all assumed that the "Targa" would take its place. It turns out that we may have been wrong. 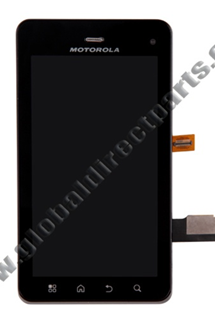 As of this morning, the LCD and digitizer assembly for the Droid 3 has showed its face on Global Direct Parts, and this leak is loaded with information - the most interesting piece being the codename "Targa" alongside the DROID 3 name. This suggests that the "Targa" has been the Droid 3 all along, but what does that mean for the "Solana"? One can only assume that is actually the codename for the new DROID Bionic. Like I said, this is all speculation, so take it at face value.

With that bit of backstory out of the way, on to the details of the DROID 3. 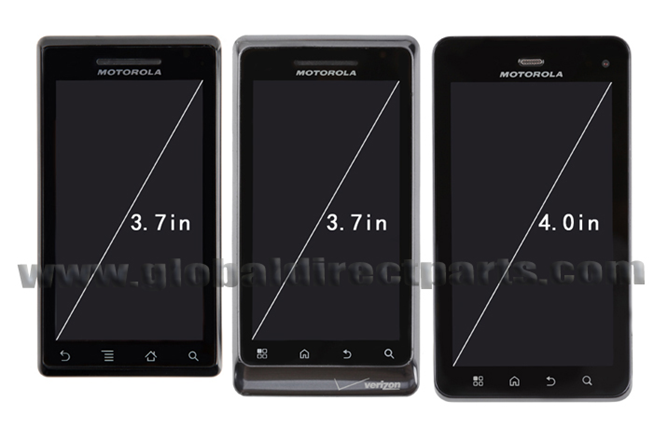 According to the images at Global Direct Parts, the DROID 3 will keep a similar form factor to its predecessors, minus the "lip" that was down below the capacitive keys on previous models. The D3 also brings a bigger, 4 inch display and the inclusion of a front facing camera, although we're not sure what the resolution of that cam will be.

Again, this is all just speculation. It could all be an elaborate hoax to draw attention to an otherwise unknown site. Then again, this could be the real deal. Only time will tell.

Shazam Temporarily Cuts The Crap, Lets You Tag Without Limit Until Next Year

Android 2.3.4 To Introduce Video Chat - No Need To Wait Until Google I/O