First and foremost, just like the Droid 2 Global Edition, the new Incredible 2 is a world phone with both CDMA and GSM frequencies. Verizon Wireless provides the following interesting numbers:

Quite a step-up from the original already, isn't it?

A notable omission I should mention while we're on the subject is the absence of 4G/LTE. If you need a phone capable of faster LTE speeds, the Incredible 2 may not be for you, but if you don't care about speeds that much and would rather own a world device, you can't go wrong here.

The Dinc 2 sports a 4" SLCD screen compared to Dinc's 3.7" AMOLED (although it was later switched to SLCD as well due to AMOLED shortages). The resolution remained the same at 480x800 pixels.

Want video calling? The Dinc 2 has a front-facing 1.3MP camera, which the original Dinc didn't have, but as a trade-off, it lost the optical trackpad (or "nipple" as some might call it) that so many users grew to love so much. It kind of bugs me that manufacturers insist on omitting it and then end up including a whole row of arrow keys on the keyboard, wasting valuable screen real estate, but I guess aesthetics and a simpler manufacturing process are more important to them.

To help keep more applications in memory at the same time, the 2nd Dinc includes 768MB of RAM, compared to the 1st one's 512MB. For comparison purposes, it's lacking compared to the Atrix 4G's 1GB (though, in its defense, the Atrix also needs to use a bunch of memory of the Webtop UI), right in line with the Thunderbolt's 768MB, and noticeably more than the Droid Charge's 512MB.

The internal storage on the 2nd Dinc doubled to 16GB from 8GB, though it looks like this storage is no longer built-in and comes in the form of a removable SD card.

Space available for apps and system data (what the manufacturers are calling "ROM," though it is clearly writable by the system) seems to be around 1GB, although it would be great if someone else with a real device could confirm it.

On the CPU side, don't let the same 1GHz clock speed fool you - instead of the 1st generation Snapdragon QSD8650 processor that used the 65nm technology, we now have the 2nd generation MSM8655 built using the more efficient 45nm technology. This should translate into better performance and [marginally] better battery life.

Moving on to the UI, the Droid Incredible 2 ships with the 2nd version of HTC's Sense UI (2.1 to be exact), compared to the 1st generation Sense on the 1st Incredible. While this is no Sense 3.0, which the upcoming EVO 3D and Sensation devices are going to sport, Sense 2.1 is a nice upgrade over the original (see here and here for info on the 2nd generation of Sense).

Next up, we have a slightly beefier battery on the Dinc 2 - 1450 mAh vs the original Dinc's 1300 mAh. This should translate into a little bit more usage, but it's really nothing to write home about.

On the networking side, the Dinc2 supports 802.11b/g/n, while the original only officially supported b and g at launch (the chip on the device was capable of supporting 802.11n, but for some reason it wasn't enabled until Froyo).

The weight and size differences are pretty negligible, with the Incredible 2 being slightly larger and heavier, which is not surprising considering the larger screen size.

The Droid Incredible 2 offers a host of both noticeable and subtle upgrades to the original Incredible. With a beautiful larger screen, a front-facing camera, improved capacity and speed, and an updated UI, the Droid Incredible 2 is one of the best (if not the best) world phones available on the market today. 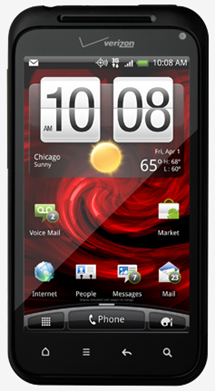 [Like A Boss] Acer Iconia Tab A500 Rooted, Process Is Stupid Easy

Adobe Releases Major Update To Flash 10.2, Including Enhancements For Honeycomb