On Monday we told you that Google may bring video chat to Android 2.3.4, and that we expect an announcement at Google I/O. It looks like we got it half right - Google has officially announced Talk with Video Chat integration in Android 2.3.4, but we didn't have to wait until I/O to find out.

The service looks like it will work almost identical to its desktop counterpart: the status icon displays whether or not the person is available for video chat (or capable of it). Tap the icon to start a video chat session, and you're good to go. It's cross platform, too, meaning that you can chat with desktop users and other mobile users alike. It supports 3G, 4G, and WiFi, so you will be able to chat it up from pretty much anywhere. 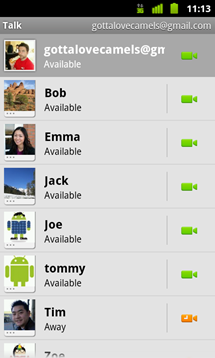 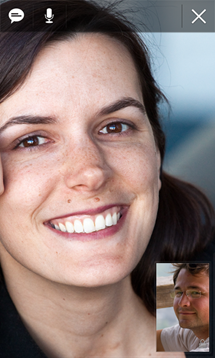 If the person you're chatting with decides to type instead of speak, the text will overlay the video stream, so you can read it without navigating away from the chat session. If you do need to navigate away for some reason, though, it will pause the video feed, but the audio feed will continue, so you won't miss a thing.

What would a Google announcement be without the obligatory video explaining features? You knew it was coming, so here it is:

The service will be rolling out to Nexus S devices as part of the Android 2.3.4 OTA update in the coming weeks, and to all other Android 2.3+ devices thereafter.

DROID 3 Display And Digitizer Assembly Shows Up Online, Is This Really The Targa?

HTC ThunderBolt vs. Samsung DROID Charge: Battle Of The Specs