This is the third iteration in our 'Top Android Apps Every Rooted User Should Know About' series. Click here for part one or here for part two.

It's that time again - we've spent the last few months scouring the Android Market, and now we're ready to report back with nine more great root apps. There are a lot of good ones in this edition - read on for some of the best reasons to root your Android handset!

One of the most frequent excuses for piracy has to be "The app isn't available in my country" or "Google doesn't allow paid apps where I live." No longer! 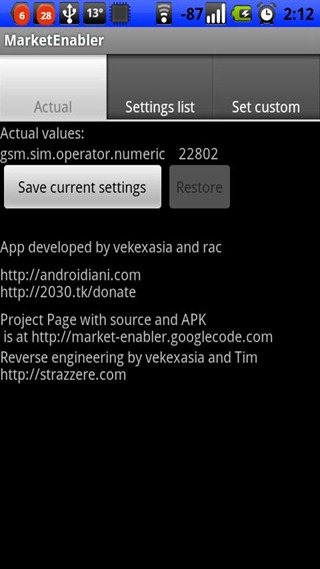 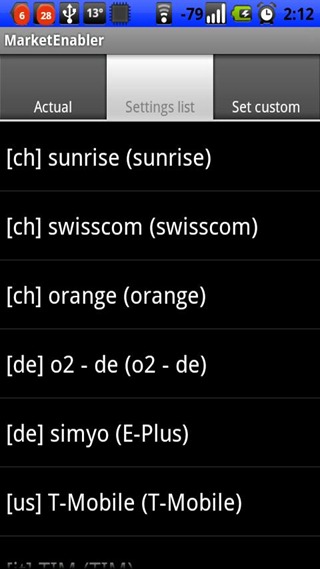 MarketEnabler makes your Android phone believe it's on another carrier - perhaps even one in another country. For example, a Swede could use this app to access Google Books, which is, by official terms, available exclusively in the US. Neato, right? If it's up your alley, you can grab it using the QR code or the Market/AppBrain links below.

Well if you answered the affirmative to that question, funkyFresh might just have the app for you: it's called "Samba Filesharing," and it allows users to access their Android device(s) over WiFi as a Windows shared folder. 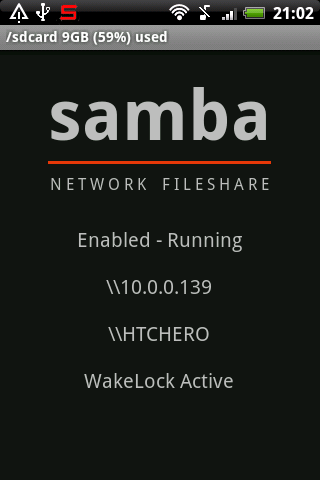 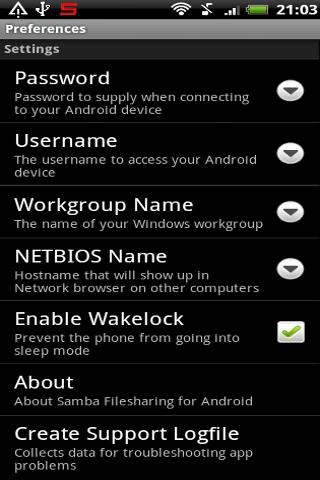 With this free app, you can wirelessly copy files to/from your Android device via the same drag-and-drop interface you use when your handset is plugged into your computer with a standard USB cable. Even security freaks have a reason to celebrate - Samba offers customizable username and password options in addition to letting users choose a Windows workgroup name and a device network (NETBIOS) name. It's free, so be sure to give it a download - you know where to find the QR code and Market/AppBrain links. It's bound to happen sooner or later - the puny SD card your phone came with has run out of space. What can you do? "Delete the unnecessary files on it" would likely be the most ubiquitous answer, but with SD Maid, you'll be able to free up space on that sucker without having to get rid of your digital belongings. 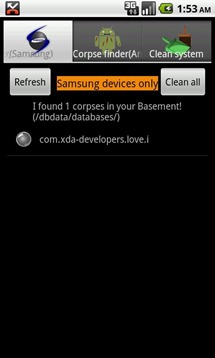 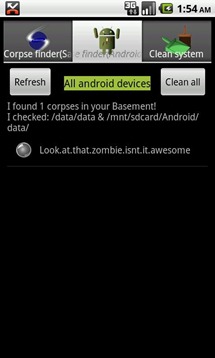 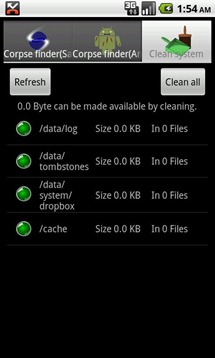 SD Maid frees up space on your phone's SD card by cleansing it of "corpses in the basement," or unnecessary data left behind by apps no longer installed on your device. It works with all Androids currently on the market, though the process is a bit different for Samsung handsets, hence the "Samsung" tab. Read our thorough write-up to get the full scoop or proceed to download it using the means provided below.

Slow performance can be enough to cause even the most patient of Google fanboys to throw their handset against the wall, but as any self-respecting Android nerd will tell you, most task killers have serious issues of their own. 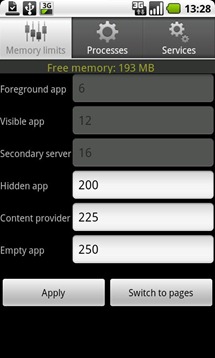 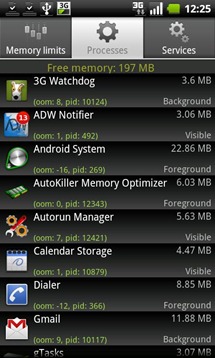 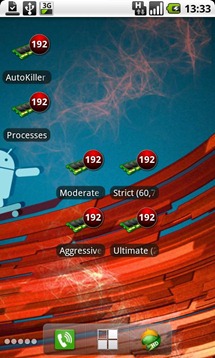 Enter AutoKiller Memory Optimizer, a task killer unique in its ability to tweak Android's inner memory manager. With it, users can allocate custom amounts of RAM to different app states (i.e. foreground, visible, hidden, etc.). In addition to this and the ability to kill processes, AutoKiller offers the same functionality buried deep in Google's own Settings app: annihilating services.

Have at it via the QR code or the Market/AppBrain links below. In the same vein as Button Savior, zMooth aims to reduce your dependence on your Android device's hardware buttons (home, menu, back, and search). Unlike Kiumiu.CA's offering, however, zMooth relies on webOS-like gestures rather than clunky virtual buttons. 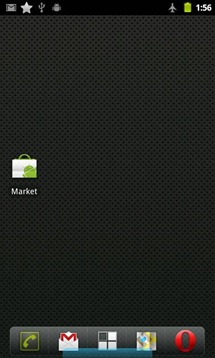 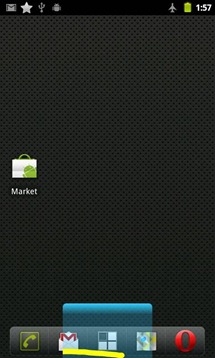 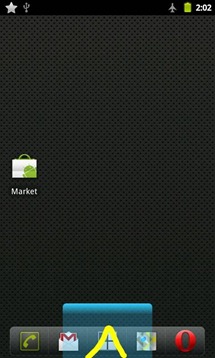 To access zMooth, users can start by simply pulling up a blue (by default) bar from the bottom of the screen. To go back, they can swipe left; swiping right is equivalent to pressing the Menu button; and drawing an "up-arrow" (see the last screenshot) will return them to the homescreen.

The $1.19 pro version adds the ability to change the gesture area's width and colors as well as a "lightning strike" gesture for powering the device on/off.

But why would you bother learning these gestures when you could simply give one of the aforementioned hard keys a tap? SimpleMobDev, zMooth's developer, makes an argument we've heard before: physical buttons wear out over time (though the jury is still out on the veracity of this claim), and on devices with backlit keys, this app might even improve battery life, as the circuits and lights won't constantly be turning on and off. Test it out for yourself by scanning one of the two QR codes below (or simply clicking one of the links). 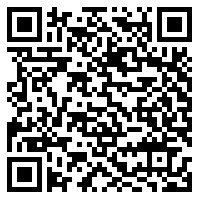 Changing the LCD density of an Android device used to entail digging around in hidden directories and changing properties in secret files. Today, however, downloading the free LCDDensity app is all that's necessary. 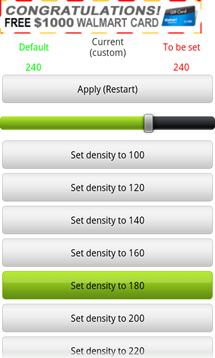 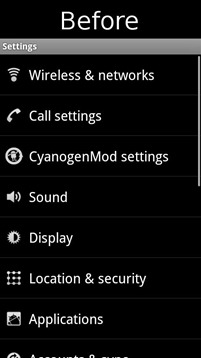 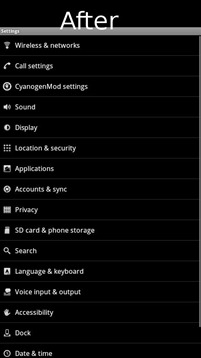 Using the app is child's play - simply adjust the slider or click on one of the big rectangular buttons to alter the density, then click 'Apply' to restart your device and see the changes in effect. Of course, the smaller the font, the harder it is to press onscreen objects; the larger the font, the more screen space goes to waste. The choice begins with the QR code and the Market/AppBrain links below.

When it comes to landscape keyboards, it'd be hard to top what HTC has going with Sense UI. If it's portrait input you're after, however, Swype is the cream of the crop. So how can you decide? Should you manually change your input method each and every time you switch orientations, or type exclusively in one position? As it turns out, you won't have to partake in either of those practices; downloading Keyboard Manager will suffice. 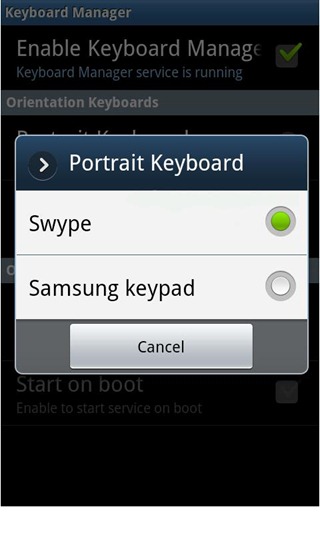 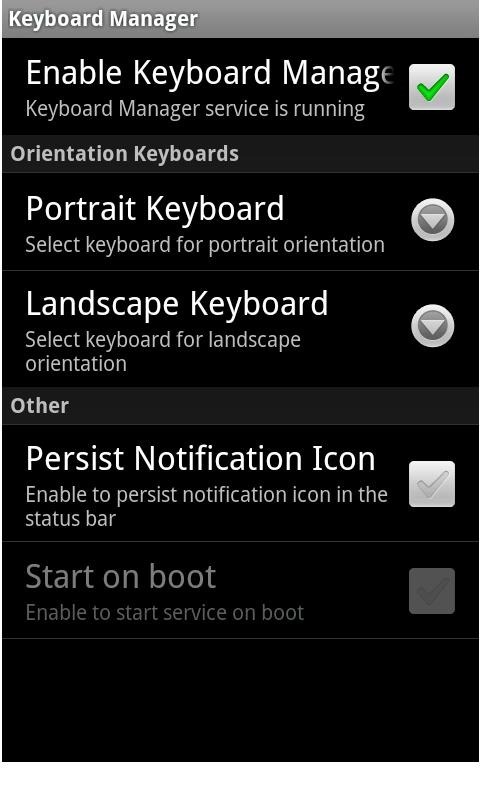 The app's premise is simple: allow consumers to use one keyboard in portrait mode and another when they turn their phone on its side. Execution is good too, as evidenced by all the positive feedback in the Market.

Indeed, just about the only caveat is that several users have reported installation issues on the ATRIX - follow these instructions should you experience such problems.

As always, the QR code and the Market/AppBrain links follow.

While this pair of shenanigans aren't about to win any awards for practicality, they're fun apps to have nonetheless - what Linux nerd could say no to being shown the real dmesg (kernel debug) or logcat (Android debug) log every time his/her device boots up?

Even at the "price of one beer" (developer's words), the duo manages to stand out from the crowd - they're no pre-recorded BIOS simulation; rather, they're live representations of the code that makes your handset tick. Better yet, the two apps integrate with each other quite well - if you have both installed, you can choose to run either one or the other at boot, or even run them side-by-side in split-screen mode. "Ubergeeky"? You bet - for evidence of that, look no further than the QR codes and Market/AppBrain links below.

When all is said and done, Android developers have given us countless reasons to root our devices. Needless to say, the apps listed above are just a few of them, and we can't wait to be enlightened with more - you know where to find the comments.