Our smartphones are quickly becoming on-the-go computers, so it only makes sense that the amount of data that we access on them is becoming greater, too. When we want to share files between computers and our Android phones, there are quite a few services available - like Dropbox, for example. But there is one problem with services like Dropbox: security. Sure, they may be fine for uploading pictures of the family dog or easily transferring MP3s to your Android device, but what about sensitive data? That's where Wuala comes into play.

Wuala's service is very similar to Dropbox, with the addition of one key feature - client side encryption. Think of it like this: if Truecrypt and Dropbox had a baby, it would be Wuala. This added security should be a welcome feature to a lot of users - I personally know quite a few people that already encrypt their data before uploading it to the cloud.

Wuala is available on Mac, Linux, and Windows, with clients available for both Android and iOS, and it's actually quite simple to use. After setting up your account, you choose which files to upload, it encrypts them on your device, and uploads them to your online storage. Your password isn't transmitted and Wuala doesn't have access to your files, so feel free to upload your most sensitive data! 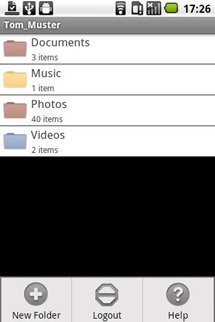 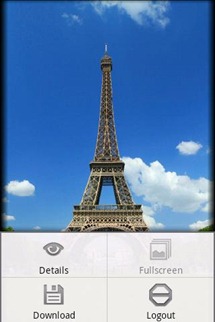 A free account will give you 1GB of storage, but if you need more, the prices are very reasonable. You can get anything from 10GB for $29/year to 50GB for $79/year or even 250GB for $289/year, which is quite a bit more economical than Dropbox, which charges $100/year for a 50GB account.

The app is free in the Market, and you can sign up for service at Wuala's official site.