The word on the web today is that Google is in negotiations with Spotify, the European answer to Grooveshark, to partner up on Google's upcoming music streaming project. CNET's source claims that during talks with major record labels, Google did a bit of name dropping and announced that they were hoping to work with the popular European music streaming service, although nobody from either Google or Spotify was available to comment on that rumor. 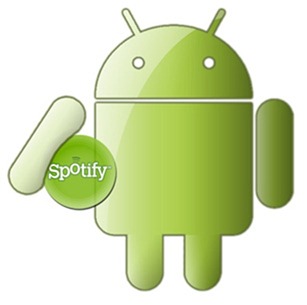 This isn't the only cloud music company that Google has shown an interest in. Back in May 2010, Google bought Simplify Media, a company that allows users to stream music and photos from their desktop machines to their mobile phones, which was no doubt involved in the interesting preview of the Android music syncing service we were privy to earlier this year.

We have been waiting on Google's music streaming solution for quite a while now, and the prognosis has been dark as of late with the launch of Amazon's streaming service and the continually sliding launch date, which has gone from the end of last year to an indefinite release. Perhaps by harnessing the ability to stream users' music from their desktop acquired from Simplify Media, along with the access to online libraries of music available via a partnership with Spotify, Google will be able to make up for lost ground in this music service battle by offering the best functionality to users.

In any instance, the number of Android users who still aren't using some type of music streaming service is dwindling. Google had best bring something very good, or very quickly.

DROID X2 Press Shots Leak, With A Little Tweak To The Name